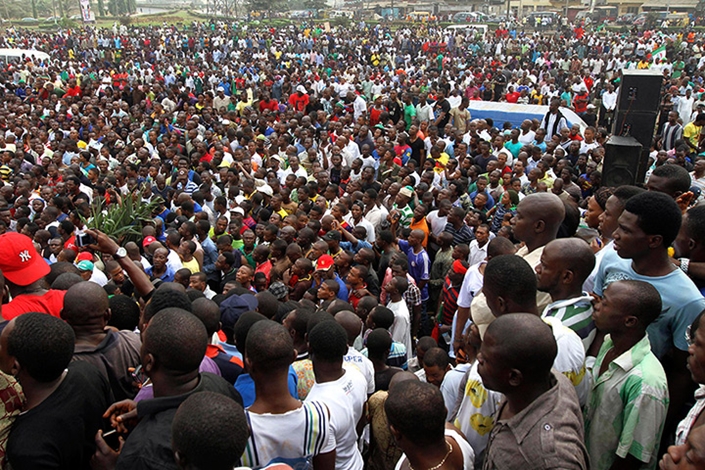 A wise man once said that where the purpose of a thing is not known, abuse becomes inevitable. The above clearly illustrates the scenario playing out in Delta State where a handful of individuals have made the probe and jailing of Dr Emmanuel Uduaghan their sole and life ambition.

This group of people obviously propelled by malice and the consuming urge of political vendetta has planned mob protests in a bid to instigate anti-graft agencies to beam their searchlight on the former governor. The interests and welfare of the good people of Delta State are least on their minds as they see protests as a franchise to get their daily bread.

This group of noisemakers and their sponsors within the corridors of power think that by inciting Deltans to protest, they could put the tag of corruption on Dr Uduaghan with the ultimate goal of finding an excuse for the inadequacies, pitfalls and obvious failures of the present administration. But Deltans are aware of this grand deception and this band of noisemakers can only delude themselves further.

No amount of protests and social media blackmail can erase the remarkable legacies and achievements of the Uduaghan administration.

It is on record that the period between 2007-2015 was one where the bar of governance was taken notches higher in Delta State. During this glorious period, massive infrastructural upgrade of virtually all sectors was recorded. Several hundreds of kilometres of inter and intra city roads were constructed and dualized while existing ones received a facelift. The Asaba – Ughelli Expressway is one of the testimonies of this road revolution.

The transportation sector was another area of concern for the Uduaghan administration. With the unprecedented acquisition of thousands of commuter buses plying all the towns and villages in Delta, the legacy of Dr Uduaghan is unassailable and cannot be rubbished by the band of noisemakers and their sponsors.

The Uduaghan administration also made a statement of purpose by the massive upgrade of educational institutions in the state thereby giving access to Deltans to the highest standards of education. The administration also paid off the WAEC and NECO fees of the secondary school students as well as abolished the collection of all types of fees. Students of tertiary educational institutions were paid bursaries and other scholarship schemes were afforded to medical and law school students and first class graduates.

Despite all these several landmark achievements, the Uduaghan administration was also faithful to its workforce in the regular and prompt payment of salaries and pensions.

The noisemakers and their sponsors should realize that Deltans are neither gullible nor forgetful as to turn against Dr Uduaghan. The obvious shortcomings of the present administration are neither caused nor in any way attributable to Dr Uduaghan. They are a consequence of the indiscretion of officials of the Okowa administration who in their quest to erase the lofty legacies of the immediate past administration have adopted new and unproven measures which has now led to a cataclysmic end and an economic and political harakiri.

Therefore, Dr Uduaghan who has maintained a dignified silence in the face of spurious accusations, should not be further victimized by these lousy mob. Instead the noisemakers should in this season of lent, go on bended knees to God for forgiveness and to Dr Uduaghan to share the secrets of the financial and political wizardry that made his administration to succeed.

Bipartisanship and Development. The Ivwurie Formula
Oil Companies and the Tale of Regret, Neglect and Death in the Niger Delta
Advertisement