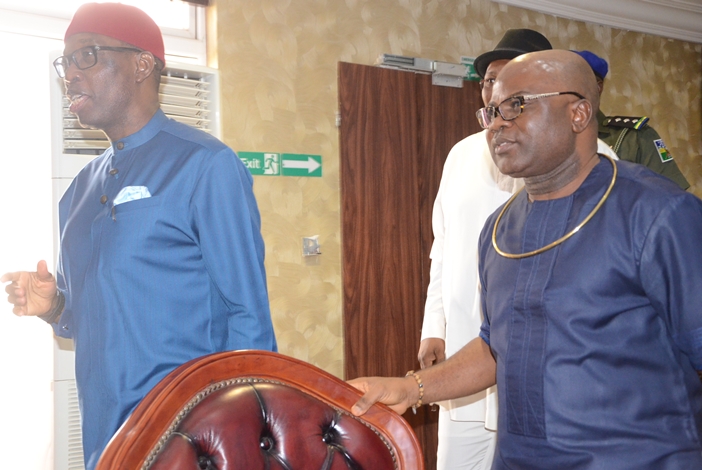 In every democratic society especially one where multi-party democracy is the norm such as in Nigeria, the major factor that drives the actions and inaction of political office holders is the quest for survival and self preservation in the dynamic gyre of politics.

This factor is what propels most politicians in seeking for a platform where their political future is assured and secured. In this rather rat race, many a politician have compromised or totally abandoned the lofty principles they once expounded and the interests of the people they represent.

In Delta State, the integrity and forthrightness of our political leaders has been an object of concern by the citizenry. In certain instances, a political leader, especially of the opposition parties goes about looking for and engaging in needless and self-serving political fights with the state government. These crop of politicians put the interests and development of their constituents in great peril while on their foolhardy quest of proving a political point. They fail to realize when that politics should give way to governance, rather in their grandstanding and empty show of braggadocio, they keep pursuing selfish, parochial and egoistic interests which drives development further from the people they claim to represent.

At the other end of the extreme, are certain politicians who junket from party to party for the sake of political survival. For this group of nomadic politicians, their sole concern is not about the people, but the next election. These food is ready political harlots are known for betrayals and backstabbing of their constituents as well as political leaders, hence they find pleasure in changing political affiliation at every twist and turn.

These two sets of politicians highlighted above have a poor grasp of the art and act of multi-party politics and especially the Nigerian political firmament.

Generally, the people repose on a representative, their mandate neither for grandstanding, political showmanship nor self-aggrandizement but to advance their interests by attracting the dividends of democracy.

This interest of the people is what should remain paramount in the mind of the political leader in his political alignments and policy as in the end, when the chips are down, that is what only counts.

This is exactly the formula that the Hon. (Chief) Evance Ochuko Ivwurie has applied in the attraction of the numerous dividends of democracy in his constituency and even beyond the shores of Uhroboland.

Hon. Ivwurie, the member representing Ethiope East State constituency in the Delta State House of Assembly was massively elected by the good people of Ethiope East Local Government Area on the platform of the Labour Party. Although the LP was an otherwise unknown party,  his people entrusted their mandate in Chief Ivwurie due to his track record in politics and private business as well as his contributions to the development of his constituency even as a private citizen.

Ever before his assumption of office at the Delta State House of Assembly, Chief Ivwurie had a clear agenda to bring the developmental needs of his constituency to the attention of the state government. This agenda, he has pursued and keeps pursuing vigorously despite being in the opposition party. Chief Ivwurie in what has become a  rare show of bipartisanship realizes that at this point and in the interest of his people, politics must give way to governance. Whilst Chief Ivwurie has proven to be a firm believer in the SMART Agenda of the present administration, this has not stopped him from offering constructive criticisms and pointing out how things could be done better.

This has endeared Chief Ivwurie to the state government which has acceded to his numerous requests for the execution of several projects in Ethiope East Local Government such as the ‘Repair and Rehabilitation of Sapele-Abraka-Agbor Road, Construction of Winners Road and Jehovah Street in Abraka, Establishment of Sickle Cell Clinic at Eku Hospital and as well as several other projects already included in the State budget.

His robust relationship with the Speaker of the Delta State House of Assembly and Fellow honourable members from different political canopies and ethnicity, has accorded him the unhindered and warmest access to fight for his constituents via filing of petitions, raising of countless motions and sponsorship of people and developmental bills.

For this disposition of Chief Ivwurie, the people of Ethiope East State constituency are very happy and appreciative.

Chief Ivwurie is today, a leader of the Labour Party in Delta State, the main opposition party yet this has not made him unnecessarily critical of the state government. Indeed he is an asset to the entire Delta State who now look to him as the doyen and a model of effective representation. This is simply bipartisanship and the politics of development and as far as Delta State is concerned, Chief Ivwurie is the Apostle.

BEDC and Deltans. Which way forward?
The Noisemaking Protesters Of Delta State
Advertisement