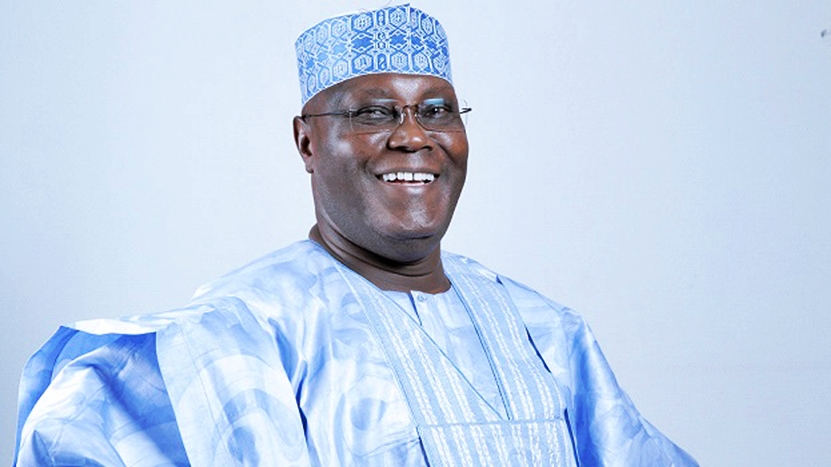 Alhaji Atiku Abubakar is an interesting character in the Nigerian political turf. He is a master of political alignments and realignments which can be seen in his frequent change of political parties. But one thing we must all concede is that Atiku is a man of principle who would not consider the cost to his person in upholding these principles.

Ever since his entry in politics, Atiku has been on the forefront for true federalism and a Chief proponent of the restructuring of the Nigerian state to enable it meet the aspirations of the citizens. This point was reiterated by Atiku at the 1995 Constitutional Conference as well as during his Vice-presidency. It was the need to fulfill this treasured ideal that made Atiku alongside several prominent Nigerians to join the APC and eventually defeat the PDP in 2015. The APC had listed restructuring of Nigeria as one of its manifestos and have promised to fix the power quagmire as well as grow the economy. It was also a major thrust of the 2015 APC campaign to ensure the security of all Nigerians.

But the APC, 30 months into its administration has abandoned the promises it made to Nigerians who entrusted it with their mandates on the basis of those promises. The menace of herdsmen terrorism and the seeming resurgence of Boko Haram claimed to have been decapitated is a reflection of the failure of the APC-led Federal Government in the security sector.

Under the APC, the economy of Nigeria has been plunged into a disaster leading to millions of job losses and an increasing inflation skyrocketing the cost of food, transportation and basic necessities. The current exchange rate of about #360/1$ is to say the least the opposite of the #1/1$ promised by the APC. All these are happening at a time where the cost of petrol, electricity and cooking gas are at an all time high.

The fight against corruption has become a heightened comedy skit where politicians of the opposition parties are chased with insecticide while corrupt elements of the ruling party are sprayed deodorants. Above all, the promise of restructuring Nigeria made by the APC has been denied unabashedly. To the APC, that was only a device meant to pull the wool over Nigerians who the APC assume are gullible.

But Nigerians are no fools. They have seen the grand deception of the APC and the scheme to deny their manifesto. In all these however, Alhaji Atiku Abubakar has been exceptional. Even as a member of the APC, he was seen as the conscience of the party reminding the party of the express terms of its social contract with Nigerians. Atiku specifically took the gospel of restructuring across the nation, rapping the APC for its denial of a major plank of its own manifesto. For this, reactionary elements and political sycophants sought to silence the Waziri of Adamawa. They struck at his economic backbone, thinking that that would hush Atiku, but Atiku has lit a fire in the minds of Nigerians who see in him, the alternative to a system that cannot deliver on its own promises. Nigerians love Atiku and are expectant for the day he occupies Aso Rock to realize his ideals for Nigerians.

Today, the current administration has divided Nigerians along ethnic and religious lines. The good news however is that those who are afraid of Atiku are in the minority. They are those who enjoy the status quo oozing of the corruption they claim to be fighting. Those who have tolerated and encouraged herdsmen terrorism. They represent a failed leadership which is fast fading away. They are not really afraid of Atiku, but they feel intimidated by the ideas that they lack which Nigerians see in Atiku. Their fear of the Waziri has made them go overdrive trying to cripple the economic and financial backbone of Atiku. But the people are with Atiku and that is the greater fear of the few traducers.

Another reason why they are afraid of Atiku is because of his cosmopolitan outlook and national acceptability. Unlike his traducers, he is not an ethnic jingoist, religious fanatic or provincial champion. Nothing best illustrates the above than Atiku’s choice of wives. Titilayo “Titi” Abubakar, his first wife is a Yoruba woman from Osun state while Jennifer “Jamila” Abubakar, his fourth and youngest wife is an Ibo lady.

Apart from the above, Atiku has set up businesses across the nation. INTELS for instance, which Atiku once referred to as his most successful enterprise is located in Onne township, deep in the heart of the Niger Delta. This cosmopolitan character of Atiku is also seen in his use of the social media in galvanizing a broad spectrum of Nigerians. With over one million followers on Twitter and hundreds of thousands of friends on Facebook, Atiku remains one of the most accessible and engaging politicians of the fourth Republic. This has endeared him to Nigerians, young and old and across religious, ethnic and political divides.

The final point definitely not the least is the rich entrepreneurial acumen of Atiku Abubakar which has made him become the largest private employer of labour in Nigeria. Today, businesses owned by Atiku Abubakar such as the Adama Beverages, American University of Nigeria, INTELS, Gotel TV and Radio and a host of others employ over 65,000 workers directly, second only to the Federal Government.

His successful management of these businesses is the mark of a leader who can be entrusted with the destiny of about 200 Million Nigerians.

All rights reserved © Asaba Metro. Permission to use this publication (The Periscope) is granted subject to appropriate credit being given to the Author Favour Chukwunoyenim and  www.asabametro.com as the source.