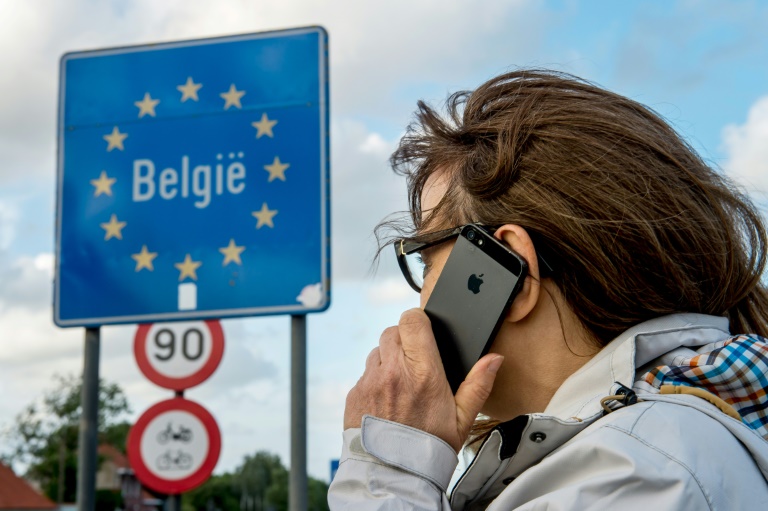 The EU rang in the end of roaming charges for Europeans using mobile phones within the 28-nation bloc on Thursday in what under-pressure Brussels hailed as one of its greatest successes.

A decade in the making, the move comes in time for the summer holidays when millions of Europeans will be on the move, and is a public relations coup at a time when the bloc is under fire over Brexit and other problems.

It means Europeans calling, texting or using the internet when travelling in other EU nations will be charged the same as they are at home, instead of grossly inflated prices.

“The European Union is about bringing people together and making their lives easier. The end of roaming charges is a true European success story,” European Commission chief Jean-Claude Juncker and European Parliament head Antonio Tajani said in a statement.

“From now on, citizens who travel within the EU will be able to call, text and connect on their mobile devices at the same price as they pay at home. Eliminating roaming charges is one of the greatest and most tangible successes of the EU.”

It remains to be seen whether Britons will continue to enjoy same-cost mobile calls and data downloads in Europe after Britain’s departure from the EU, negotiations for which are due to start next week.

That question has seen the EU’s roaming success win support from some unusual quarters across the Channel.

Another ex-footballer-turned media pundit, Stan Collymore, said on Twitter: “Roaming charges abolished today in the EU, so you won’t pay a penny extra over your UK phone tariff when in the EU! Until Brexit. Enjoy!”

The existence of roaming charges — an important source of revenue for telecoms companies — was long seen as a “market failure” by Brussels.

But the share of revenues from roaming charges already significantly declined in recent years as charges for calls and text messages dropped 90 percent since 2007 and data charges declined 96 percent since 2012 under EU regulations.

Data traffic, meanwhile, has grown 100-fold, according to the EU.

“Each time a European citizen crossed an EU border, be it for holidays, work, studies or just for a day, they had to worry about using their mobile phones and a high phone bill from the roaming charges when they came home,” Juncker and Tajani said.

“Roaming charges will now be a thing of the past.”

They noted the abolition of the practice had “been a long time coming, with many actors involved”.

Nevertheless, “by working closely together, the European Union has delivered a concrete, positive result for European citizens”.

Worried by the rise of eurosceptic parties in recent years, the EU has seized upon the end of roaming to promote itself as a solution to Europe’s problems, rather than a cause of them.

The European Commission has hung a huge coloured banner down the side of its Brussels headquarters saying “Goodbye roaming fees” in English, French and German, along with a smiley face emoji.

Scrapping roaming charges was “a good day for all European citizens!” said Manfred Weber, a key ally of German Chancellor Angela Merkel who heads the largest group in the European Parliament, the centre-right European People’s Party.

Social Democrat leader Gianni Pittella of Italy meanwhile tweeted that because of the end of roaming: “We all are a bit more European!”