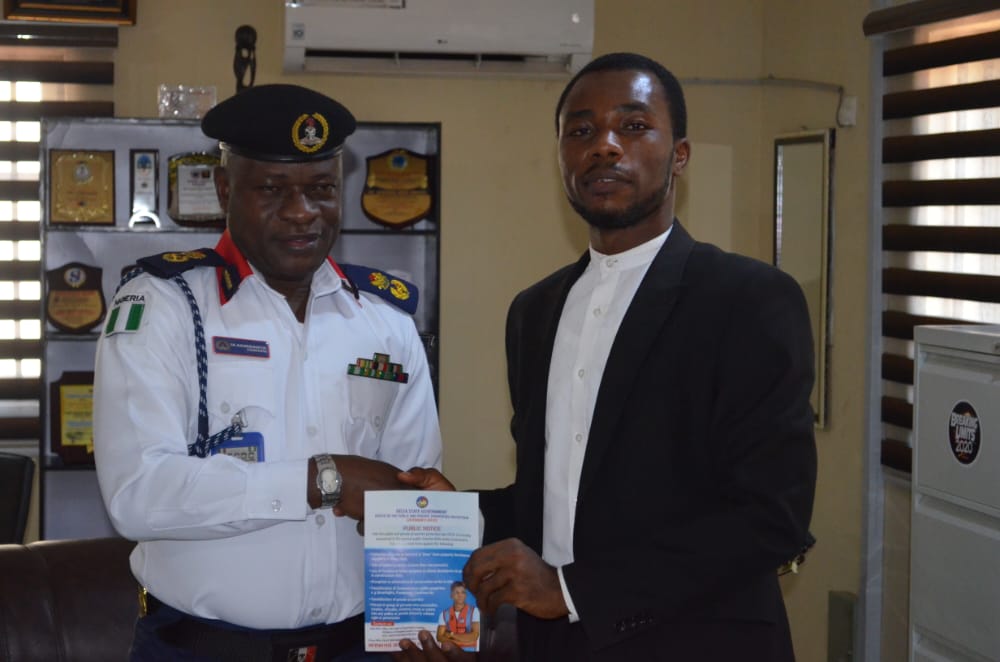 The Delta State Command of the Nigeria Security and Civil Defence Corps, NSCDC, has assured of its support to relevant government agencies to checkmate the menace of anti-development activities and deal decisively with culprits in line with laid down laws in the state.

This pledge was made by the Commandant, Delta NSCDC, Akinsanya Iskilu on Tuesday, November 22, 2022 when he received some executives and taskforce members of the Delta State Public and Private Properties Protection at the command’s headquarters in Asaba.

Commandant Iskilu while highlighting the duties of the NSCDC to include protection of lives and properties, and critical infrastructure of Government amongst others, promised to collaborate with the Delta state Public and Private Properties Protection office to effectively discharge their mandate.

He noted that he would carefully study the law establishing the office to know areas where the services of the command will be needed inorder to ensure that its operation goes in tandem with the stipulated laws.

Speaking earlier, the Director of Operations, Office of the Public and Private Properties Protection, Barr. Michael Onyarin intimated the Commandant and his top staff of the wishes of the office to seek collaboration with critical stakeholders to achieve its mission.

Barr Onyarin stated that the abuse of public and private properties in the state especially the prevalent anti-development activities popular known as ‘Deve’, caused the Governor Ifeanyi Okowa’s led-government to institute the law to checkmate the menace.

He stressed that in the bid of the office to tackle this menace and other criminal activities associated with trespassing and destruction of both government and private properties, the assistance of security agencies were needed to enforce the law.

Onyarin noted that, having studied the act establishing NSCDC and its duties in relation to property protection, the office deemed it necessary to seek for their support.

He assured to furnish the command with all vital information including appropriate penalties for offenders inorder to achieve the desired collaboration.