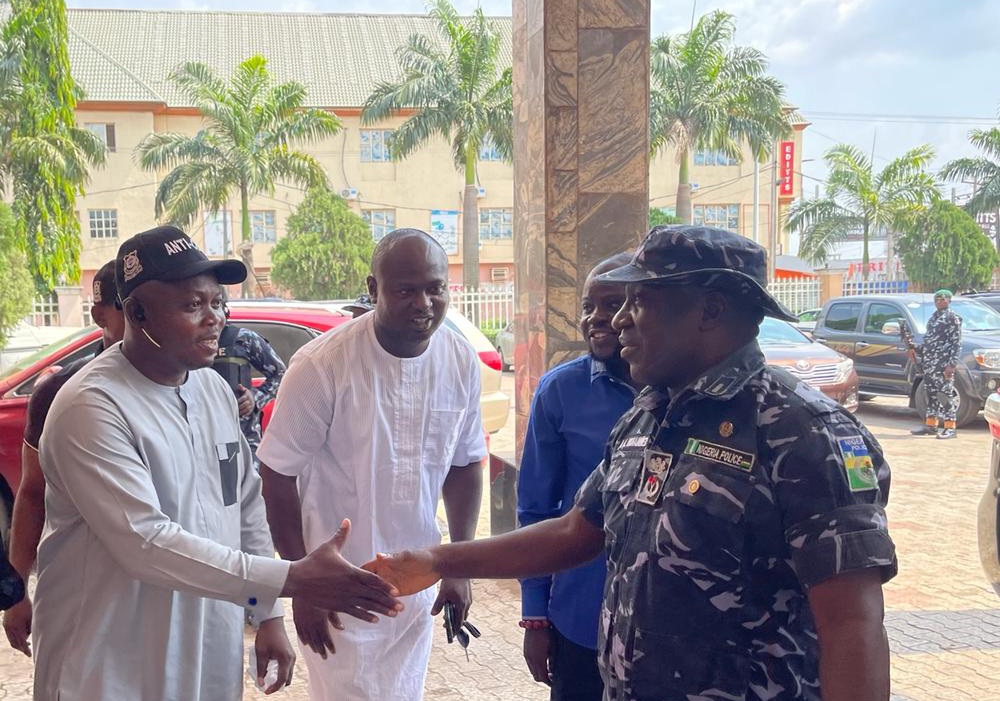 Members of the Anti-Cult Volunteer Corps (AVC) have been charged to be professional in the discharge of their duties and desist from acts that negates against the tenets of its formation.

The Commissioner for Police, Delta State Command, CP Mohammed Ali gave this charge on Friday, November 18 2022 at the occasion of the unveiling of new kits, ID card and installation of new patrons for the Anti-Cult Volunteer Corps in Delta State.

The Police boss while speaking at the event which held at Bellwood Hotel, Asaba, urged the crime fighters to smoke out moles from within them who sell out intelligence to their criminal cohorts, saying, “we should not allow saboteurs to be in our midst”.

CP Ali while noting that the Corps was basically a humanitarian service, appreciated the efforts of AVC in combating the menace of cultism in the State, “we appreciate the partnership. The idea of community policing is about crime fighting because the Police can not do it alone”.

He pointed that Anti-Cult, Vigilantes, Hunters, etc. have all come on board to help the Police fight crime and that development will only come where and when there is peace. He sued for their continuous cooperation to make Delta State a safer place.

In his remarks, the Officer-in-Charge, Special Anti-Cultism Unit, SP Chris Ugbaji extolled the efforts of the late President of the Anti-Cult Volunteer Corps in the person of Austyne Emu and encouraged volunteers to be just in their dealings, apply proper discretion and avoid being a tool for perpetuating evil.

In a brief lecture by the Keynote Speaker, Comrade Kelly Umukoro, he tasked AVC members on the need to know and identify the types of crimes prevalent in their immediate community.

Comrade Umukoro noted that community policing makes the Police and the local communities to operate as friends, and called on all community stakeholders to support the Police and security agencies in nipping any form of crime before it takes place.

He commended the Delta State Police Command for its understanding of the importance of community policing which he said had been demonstrated in times past.

The youth leader however advised the Police to always ensure that the identities of local informants and whitlesblowers are protected to sustain information gathering and better working of the community policing system which has been of great benefits to the country.

Another speaker at the event, Dr Emeka Udeolise, a Nollywood actor and advocate against Hard Drug Use and Cultism amongst teenagers, lauded the organization of the volunteers and appealed for their support in his mission to sensitize the young Nigerians before it becomes late.

He called on parents and community leaders to bolster the efforts of other stakeholders in the awareness against cultism.

In his remarks, the President of the Anti-Cult Volunteer Corps, Amb. Uche Nwahandi implored his members to operate in line with the laid down rules and be good ambassadors in the various communities.

He appreciated the Commissioner of Police for his support in making sure AVC stands strong in the State.

Highpoints of the event were the unveiling of AVC’s new kits for male and female volunteers, official signing of their ID Card by the Commissioner of Police, investiture of new patrons and a one minute silence in honour of late Austyne Emuamaka.