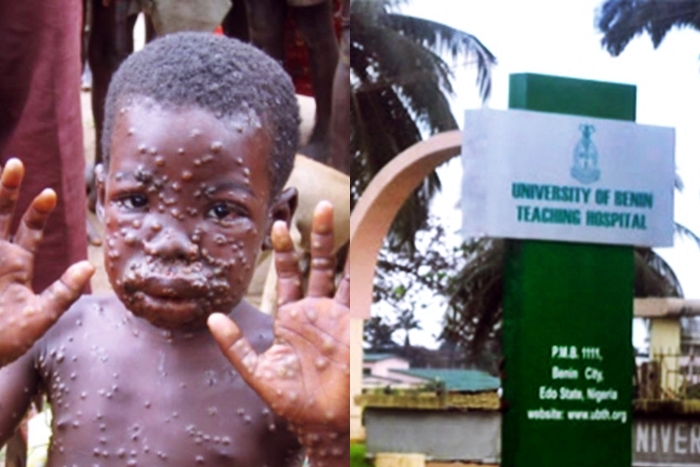 There is tension at the University of Benin Teaching Hospital (UBTH) in Benin City, Edo State, over scare of Monkey Pox disease.

It was gathered that mass evacuation of patients hit the hospital on Wednesday, following conflicting reports over a person suspected to have contracted the disease and admitted at the hospital.

Also, there is tension in Benin, the state capital, as some residents are accusing the management of the UBTH of chasing a Monkey Pox patient into the town, with the likelihood of spreading the disease.

The hospital management had on Tuesday confirmed that the person have been admitted in the hospital.

Spokesman for the hospital, Mr. Uwaila Joshua, had confirmed in a statement that the suspected patient is undergoing further evaluations adding that no danger posed to staff or other patients.

According to him, the said patient is in an isolated complex at the health facility.

However, a relative of the suspected Monkey Pox patient who did not want to be named in print, dismissed the hospital’s report, saying that they were driven away by authorities of UBTH.

“I read reports of suspected Monkey Pox  patient being admitted to UBTH with surprise.

“For the record, when we took our brother there [hospital] on Monday, we were driven away by some medical personnel at the accident and emergency ward on account that they don’t have facilities to cater for Monkey Pox patients.

“So, I have this question for UBTH management: Is it our brother that they chased away that is now in their facility receiving treatment.

“Except of course, they have another patient over there. And​ if we are to go by that, would they have rejected my brother on Tuesday on account of no facility and admitted another in their supposed Monkey Pox isolated complex?,” he queried.

The  Public  Relations Officer of UBTH, Joshua Uwala in a quick reaction said there was no panic within the hospital adding that everybody is busy doing their jobs in the hospital.