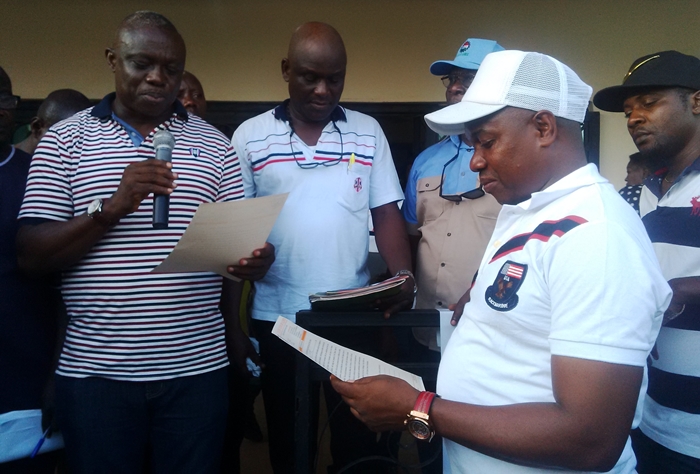 Comrade Ikeogwu came victorious with a total of 156 votes to defeat his opponents (Fidelis Egugbo, Victor Sorokwu and Felix Igbekoyi) who all scored a total of 140 votes.

The keenly contested election which held at Labour House Asaba, saw 13 candidates vie for 5 elective positions in the union.

The election which was initially billed for 20th April, 2017 was marred by irregularities and thereby cancelled leading to the inauguration of a Caretaker committee which piloted the affairs of the union till this election day.

In his victory speech, Comrade Michael Ikeogwu called for the unity of the union urging all who lost during the election to join forces with the current executive to move the association forward.

“All we need is your cooperation, let us put whatever that has happened during this campaign behind us. We are one family and let us work as one family.”

The new chairman promised to organise a victory party which will see the gathering of all Journalists in the state.