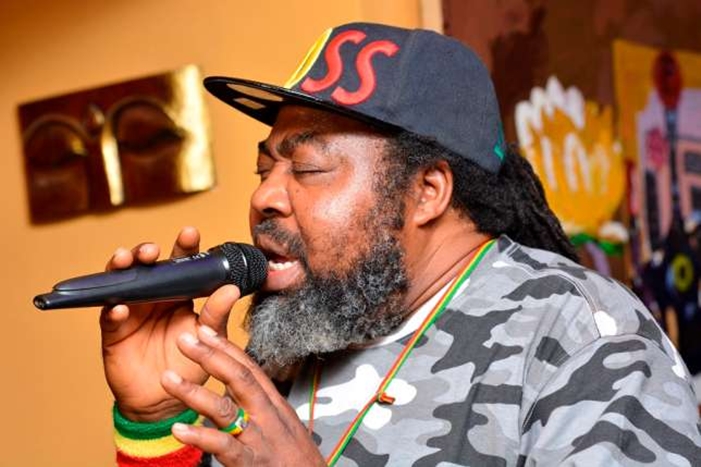 The Management of Giddy’s Place and the Family of Late Oseloke Augustine Onwubuya (popularly known as Ras Kimono) and Associates have announced the launch of Ras Kimono Development Foundation, a talent development and community service initiative, and the closure of Giddy’s Place in farewell Concert.

Elder Gideon Nwaomu, the proprietor of Giddy’s Place and a close associate of Ras Kimono disclosed this on June 3, 2019, stating that the event will hold on Saturday, June 15, 2019 from 4.00pm at the Giddy’s Place, Ekwumekwu Roundabout, along Government House Road, Asaba, Delta State and will feature Ras Kimono in orchestra/karaoke by renowned musicians and upcoming artists with lots of entertainment.

Nwaomu said that the business decision to close down Giddy’s Place was reached following much consultation and consideration of environmental factors characterised by depressed economy. “We have however put in place measures that will ensure our staff gets alternative means of livelihood, and a smooth transition for our customers, suppliers and service providers” said Elder Nwaomu who will be marking his 64th birthday on the same date.

“The event will be graced with the very crème of society, including government functionaries, renowned musicians, movie practitioners, notable politicians, state commissioners, business executives and other top government officials among others. “It promises to be a spectacle in celebration of life, God’s goodness, perseverance and in tribute to brilliant achievements in concert as we launch a foundation in memory of Ras Kimono” Elder Nwaomu enthused.

The foundation’s board of trustees, made up of well-meaning and distinguished personalities with unquestionable concern for human capital development particularly among those on the fringes of society and for community development, is set to partner with good spirited individuals, corporate organisations and development agencies for the unwavering pursuit of the objectives of Ras Kimono Development Foundation.

Mr. Augustine Ugah, Kimono’s cousin and a member of the central working committee said that “the launch of Ras Kimono Development Foundation is in fulfillment of a vision nursed by the late reggae maestro to create a platform for young and talented Nigerians and African descent to nurture and advance their creative skills, particularly the less privileged in the society. Growing up, Kimono knew what it means to live in absolute poverty, and therefore craved for others not to witness such. It was not a surprise that his music was often said to be greatly influenced by the poverty, inequality and hardship he witnessed in his early life”.

Ugah said that “beyond the memorialization, the foundation’s main objective is to provide a forum for the re-orientation process of youths in our communities so as to bring about positive mind-sets for self-discovery and showcase their budding talents among other social/economic intervention projects. The foundation seeks to provide a brighter future for every child in Nigeria and Africa by nurturing their artistic gifts for personal development and national cohesion through music; foster self-esteem, dignity, community and civic responsibility among others. The Long term objective will be an establishment of resource centre with facilities for Exhibition, Museum, Recording Studio, Hall/Amphitheatre etc”

Kimono, refused to be held down by the angst of life occasioned by economic deprivations while growing up, branched into music and soon carved out hisown niche in the Nigeria music circle and thereafter grew into international reckoning up till his demise in June 10, 2018 after 35 years on stage.

His debut album “Under Pressure”, “Natty Get Jail” and “Rum-Bar- Stylee” was a hit, ruling the air wave of the Nigerian music scene in the late 80’s and early 90’s. His last music record “Stop the Senseless Killing” was a passionate plea and admonition to Nigerians to stop the killings of fellow Nigerians and other citizens of the world, before “he took the bow”. Kimono lived an exemplary life devoid of hate, bickering, bitterness, rancour and acrimony. He was scandal free all through his music career of over thirty –five years, never indulged in smoking or drinking unlike most of his peers; more of a teetotaller.

His advocacy for social change and strong polemical lyrics earned him many admirers and followership. But beyond his involvement in music, Kimono was a social crusader on human rights with consuming passion for the alleviation of the plights of the less privilege in Nigeria and the world in general.