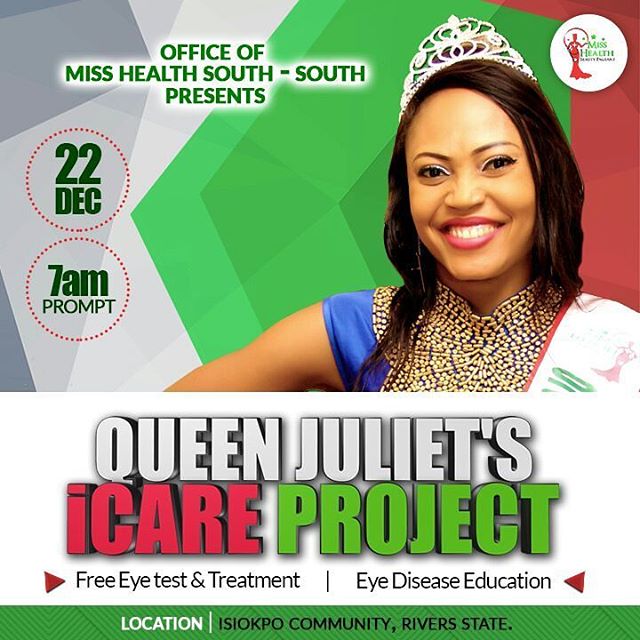 One beauty queen who believes that being a beauty queen is not just about wearing a crown is Queen Juliet Okoroafor, Miss Health South-South 2016/2017 as she is set to distribute free medicated glasses on 22nd December, 2016 in Isiokpo Community.

Isiokpo Community in Ikwerre LGA in Rivers State remains one community with the highest number of Eye problem victims in Nigeria.

Speaking with newsmen in Port Harcourt, Queen Juliet Okoroafor said that the Queen Juliet Icare Project is aimed at reducing eye problems victims to a low level in Isiokpo community, she also emphasized on how to reduce eye problems which are focus on Nutrition, Quit Smoking, Wear Sunglasses, Prevent Injuries, Get Regular Eye Examinations and Reduce Eyestrain.