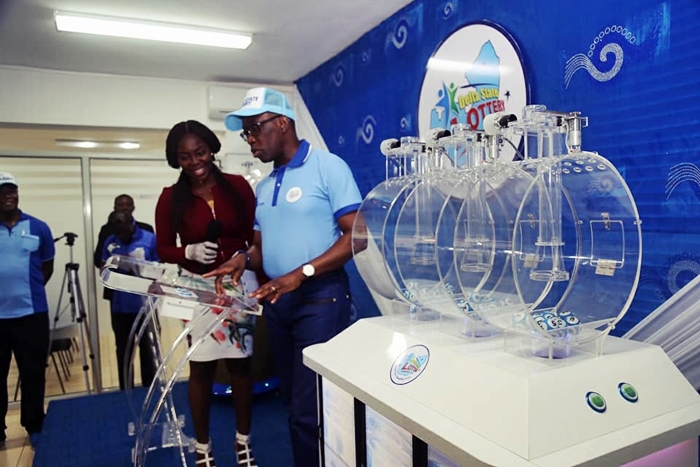 Delta State governor, Ifeanyi Okowa indeed is a man of many parts. A medical doctor, a politician, a titled chief, a knight and the list goes on and on. The latest addition is that Okowa is now a promoter of a lottery scheme.

Deltans and indeed Nigerians were taken aback on Thursday October 26, 2017 when it was reported that Governor Okowa launched the Delta State Lottery scheme. It was a surprise because governments the world over is not known to be behind lottery schemes. At best, the duty of the government is to provide an adequate regulatory framework to safeguard the innocent citizens from racketeering and fraud. This is because, the lottery business is a game of chance wherein the entire life savings of people may be staked and lost.

Coming with the allure of instant and sudden wealth, the hopes of the poor are manipulated into making them stake their meagre savings. They end up most of the time disappointed leading many to commit suicide. This is what makes the line between ponzi schemes and lotteries very fine if not non-existent.

It is therefore condemnable, irresponsible, appalling and unfortunate that the government in Asaba could lend itself to the promotion of a scheme meant to rip Deltans of hard earned money.

In the face of the cataclysmic crash of the popular MMM ponzi scheme less than a year ago, Deltans now know better and cannot be deceived into staking their lives on a get rich quick schemes even when it bears the imprimatur of Governor Okowa.

If this is the true intent of Okowa’s Smart Agenda, the governor should not assume that he is smarter than the generality of Deltans. Deltans may have been impoverished by the policies of the present administration, but are certainly not foolish or greedy. This is the state of Okonjo Iweala, of Sunny Odogwu, of the Ibrus, of Mudiaga Odje, of Jim Ovia, of JayJay Okocha and so many others whose hardwork and tenacity have taken them to the pinnacle of their respective fields.

The House of Assembly should shake off its lethargy and call the governor to order and save Deltans from an economic landmine in the guise of a lottery.