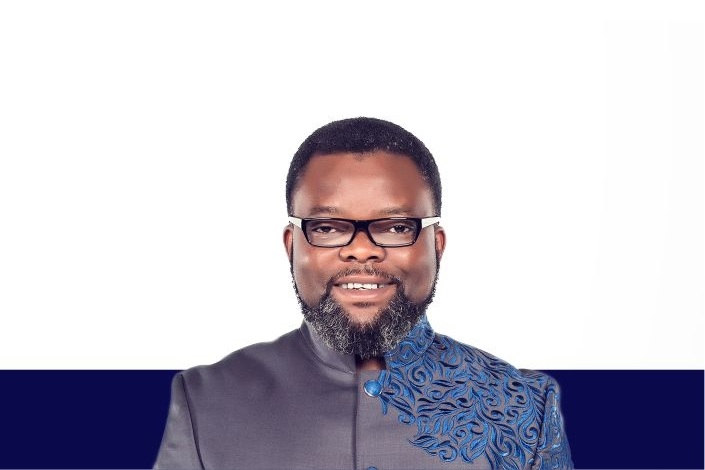 Netherlands-based Nigerian environmental rights activist, Comrade Sunny Ofehe has said that President Muhammadu Buhari has rebranded the country’s democracy by recognising June 12 as Democracy Day to reflect what true electoral processes should be ahead the 2019 general election.

Ofehe who is the Executive Director, Hope for Niger Delta Campaign (HNDC), The Netherlands, in a statement he personally signed and made available to newsmen late Monday, acknowledged June 12 as the day that truly represents the country’s democracy and should be celebrated as a national holiday.

Recalling how Chief Moshood Kashimawo Olawale Abiola also died in prison while fighting to claim the “peoples’ mandate” given to him through June 12, Ofehe, an All Progressive Congress (APC) frontline governorship hopeful in Delta state, said that those who truncated June 12 presidential election should be regretting their actions because the reactions from the length and breadth of the country since the annulment till date truly shows the extent Nigerians can unify to fight a common cause.

“I am very sure that those people who truncated June 12 must be having serious regrets when they look back from where the country is now. The lessons Nigerians should learn is based on the way every Nigerians from all geo-political zones reacted to the annulment.

“Nigerians through June 12 annulment showed the extent they can unify to fight a common cause. It also shows that Nigerians can rally support for any political candidate with incredible track record. This was shown to some extent in the election that brought President Muhammadu Buhari to power.

“June 12 elections also showed that elections can still be won in Nigeria with the right message. Chief MKO Abiola’s message of “action and progress” resonated well among the electorate and that was why he was victorious across the country.

“Remember it was in June 12 we had the first and only Muslim-Muslim ticket in the candidacy of Chief MKO Abiola and his running mate Ambassador Babagana Kingibe. We all remember how Chief MKO Abiola, a core South-West candidate defeated his opponent Alhaji Bashir Tofa in his home State of Kano.

“Nigerians came out in the numbers to vote and the election was declared the freest and fairest election by national and international observers. It was a near perfect elections conducted and since then subsequent electoral Commissions have struggled to march the standard set by June 12.

“As we celebrate June 12, we must have a re-think on how we can make our democracy strong and valuable. In June 12 we have a reference point and a solid proof that Nigerians can still walk together in peace and harmony.

Ofehe said the June 12 declared as Democracy Day and honouring of Abiola with the GCFR was “long overdue”, saying, “however, we must give so much credit to the President for taking this bold step. This action is most significant because it came from a President who was a former Military Head of State and from the Northern part of Nigeria.

He said that many believe former President, Chief Olusegun Obasanjo who was also a “victim of the Sani Abacha reign of terror” was in a better position to do what President Buhari had boldly did 25 years after.

“June 12 has finally received its true recognition. It was the day Democracy was born, it was the day Nigerians stood in one voice and took a collective decision for one Nigeria. The day that reminds us of many people who died during fighting to actualize the June 12th Mandate. Several pro-democracy activists, innocent Nigerians went to jail and others were displaced from their families and had to flee abroad.

According to him, the declaration of June 12 as our Democracy Day will always remind us of the hope and unity that the day signified. It will always motivate us to keep our country as one and also ensure accountability from our elected officials who have benefitted from the democracy ushered in by June 12″.

He noted that there was no way Buhari would recognize and accord June 12 the Democracy Day without recognizing the champion and icon of June 12, Chief MKO Abiola.

“When I heard that the President has recognized him posthumously and granted him the highest honor in our country; Grand Commander of the Federal Republic (GCFR), it made me very proud that even in death Nigeria has finally given Chief Abiola what he truly fought and died for.

According to the activist turned politician, President Buhari deserves so much commendation from Nigerians for trending the path of honour and rebranding Nigeria’s democracy, saying that what Mr. President did would be recorded in history books.

“We all owe a deep debt of gratitude to President Buhari and all those who never gave up the fight to ensure that June 12 and Chief MKO Abiola gets the recognition that they duly deserve. We must also not forget his running mate and former Ambassador, Alhaji Babagana Kingibe who also got the GCON, for his role in pushing the international and foreign affairs agenda of the current Buhari led government.

“This is a moment to celebrate and the whole world is celebrating with us. Congratulations to all lovers of democracy around the world and congratulations to Mr. President for the foresight.

However, commenting on the commendations and criticisms that have trailed the Federal Government decision, Ofehe said, “It is a natural phenomenal that when you take any decision particularly in a complex country like Nigeria, you are bound to have different opinions that will create a divide.

“The good news in this case is that the overwhelming majority of Nigerians embraced and applauded the decision of the President”.

Ofehe, who was then a pro-democracy student activist and had led University of Benin Student on a nationwide protest during the Abacha junta, expressed delight that Buhari has also remembered some pro-democracy activists invited for the Tuesday event at the Presidential Villa.

“The fact that he didn’t end up with just recognizing the date as our Democracy Day and honoring Chief MKO Abiola, he went further to acknowledge the role played by those who were directly involved in June 12 and to also invite them for recognition bled my heart. I cried when I was reading the names of so many people our society had even forgotten. I was happy that the majority of them were still alive to see this day.

“I met and had a long chat with Chief Frank Ovie Kokori in Benin-City few weeks ago during the APC State Congress and we chatted on June 12 and how he was in The Hague and spoke on June 12 in several international conferences. I could see joy and satisfaction on his face as he took me down the memory lane of June 12. I can already imagine the relief and satisfaction that finally what he stood and fought for 25 years ago has finally been acknowledged.

“This will give us hope that no matter what we go through in life, if only we will stand on the part of justice and fairness, our fight will never go in vain. Therefore, my message to those who draw ethnic and religious sentiment to such a wonderful decision that has helped to unite us, must tow the path of reason and accept the obvious reality of the change mantra of this current administration.

He said that pro-democracy activists were in the struggle not because of the annulment but to ensure equal opportunities for everyone, violence and malpractices free of elections processes saying that “now that the President has given Nigerians a new starting point, and have rebrand our democracy, we must work together to see a re-birth of our democracy”.

“It is one thing to acknowledge June 12 and make it our Democracy Day, it is another thing for us to know what June 12 stood for in our democracy. The question is, have we really benefitted from the same democracy? Have our political leaders learnt lessons from it in a way that service to the people can be seen as dividend of democracy?

“The sad reality is that our democracy since June 12 has been plagued with election malpractice, violence, intimidation, corruption and abuse of powers. Now that the President has given Nigerians a new starting point, and have rebrand our democracy, we must work together to see a re-birth of our democracy.

“A democracy that will ensure equal opportunities for everyone, free of elections malpractices and violence. The most important part should be that elected officers are accountable to their constituencies and those who voted them into various offices. We should be proud to be one of the largest democracy in the world. Population means prosperity and prosperity can only be enjoyed in a free democratic country.

“So, I believe as an activist and for other of my colleagues, we want to see a new democracy with all its antecedents. We want to see a free and fair elections without violence and killing of innocent people. We want people who see themselves as credible leaders to get the opportunity to context in our elections and seek for votes without extortion.

“Democracy is the bedrock of any economy and political stability attracts investments both within and outside the country. Therefore, democracy is the first step in growing to socio-economic lives of any countries citizens. I have hope for our democracy and I see a more prosperous and egalitarian Nigerian society”.