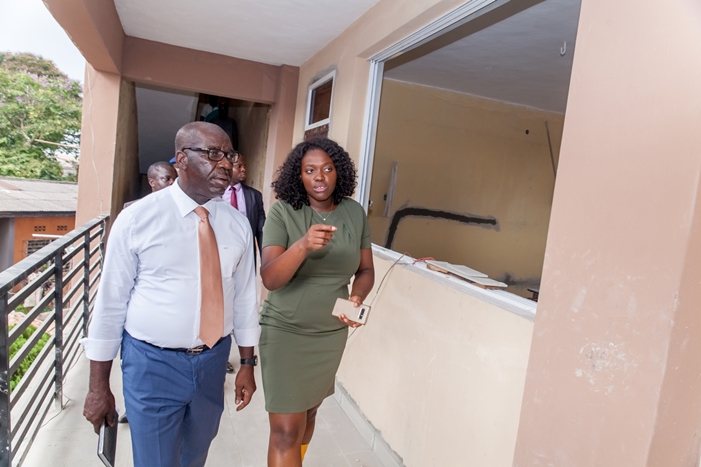 The Edo State Governor, Mr. Godwin Obaseki, has assured that the hospitality and colourful culture of the Edo people will be on display during the visit of Vice President Yemi Osinbajo.

The 2-day visit of the vice president, according to Obaseki, is a reflection of the strong synergy between the President Muhammad Buhari-led Federal Government and the Edo State government.

He noted that Professor Osinbajo has continued to demonstrate his affection for people-centered development projects and support for initiatives that will enhance the socio-economic status of Nigerians.

At the Edaiken Market in Uselu area of Benin City, the governor inspected a solar power project that will serve the electricity need of traders in the market.

He assured the traders of government’s preparedness to change the face of markets in the state.

Earlier, Obaseki was at the Institute of Continuing Education (ICE), Benin City, which is being converted to an Innovation Hub, that will host over 25 Information and Communication Technology (ICT) companies that will train Edo youths and residents on how to develop technology-based solutions to everyday problems.

Speaking after a tour of the Universal Basic Education Commission (UBEC) Special Vocation School in Ehor, Uhunmwode Local Government Area, of the state, the governor said that the drive in refurbishing the centres was part of the plans to improve the state’s human capital and encourage people to acquire technical skills.

“As part of our plans to revamp technical education in the state we are looking for facilities to add to the ones we are establishing, to serve as vocational centres for our youths.

“What is left here is for this facility to be handed over to the Edo State government by the Universal Basic Education Commission (UBEC) and we will put it to use to achieve our desired goal to encourage people acquire vocational skills”.

Obaseki on Inspection Tour to the Institute of Continuing Education (ICE), Benin City.

He disclosed that he has constituted a task team that would come up with a report on the functionality of the centre, constructed as part of the Federal Government Special Intervention Projects in 2013, as soon as it is handed over to the state government in three weeks’ time.

Other places inspected by the governor were the on-going reconstruction work at Egor Local Government Area Road and Uselu Secondary school.