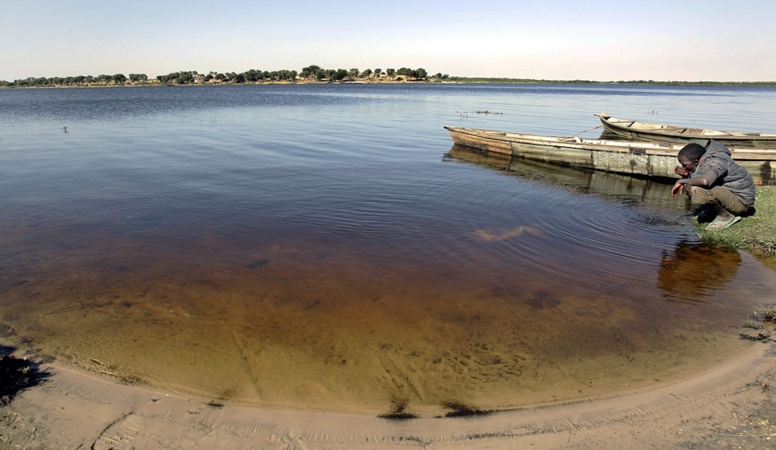 The Nigerian National Petroleum Corporation (NNPC) says it will resume oil prospecting in the Lake Chad Basin of Borno state.

The Group Managing Director of NNPC, Dr Maikanti Baru, made the promise when he visited Gov. Kashim Shettima at the Government House in Maiduguri on Monday.

Baru was represented at the occasion by the NNPC Chief Operations Officer, who is also the Executive Director, Gas and Power, Mr Saidu Mohammed.

He said that the corporation had concluded arrangement to mobilise heavy and sophisticated equipment to resume oil prospecting in the Lake Chad Basin.

He said the resumption, which would be done in the next six weeks, was based on the military’s assurance to provide adequate security.

Baru explained that the move was due to the present relative peace in the state and the degrading of Boko Haram insurgents in the North East region.

“We are here in Borno to express our full alignment to the ongoing Reconstruction, Rehabilitation and Resettlement process by government in all the liberated communities.

“Therefore, NNPC wants to appeal and seek where it can come in and assist because the rate of devastation is worrisome.

“We are also in the state to inform you that in the next six weeks, we are going to redeploy our team of experts back to Maiduguri to resume oil exploration with better technology in the Lake Chad Basin.

“This is necessary with our renewed efforts in harnessing Oil, Gas and Power to increase the economy of the nation in line with the agenda of President Muhammadu Buhari on job creation and economic diversification,” Baru said.

Responding, Shettima commended the team for the visit and the NNPC’s resolve to resume oil exploration in the region.

The governor said his administration would partner with NNPC to actualise the mission.

According to him, the oil and gas, if found, will not only generate revenue but create employment opportunities to the people across the country, particularly the North East region.

Shettima therefore appealed to NNPC to assist the state government in reconstructing and rebuilding thousands of schools, and other facilities and infrastructure destroyed by insurgents.

He stressed that the education sector remained the only means of fighting poverty associated with emergence of Boko Haram.

The team also paid courtesy call on the Shehu of Borno, Alhaji Abubakar Garbai El-Kanemi, in his palace.

The monarch equally solicited the support of NNPC in the ongoing reconstruction and resettlement of millions of Internally Displaced Persons (IDPs) back to their liberated communities.