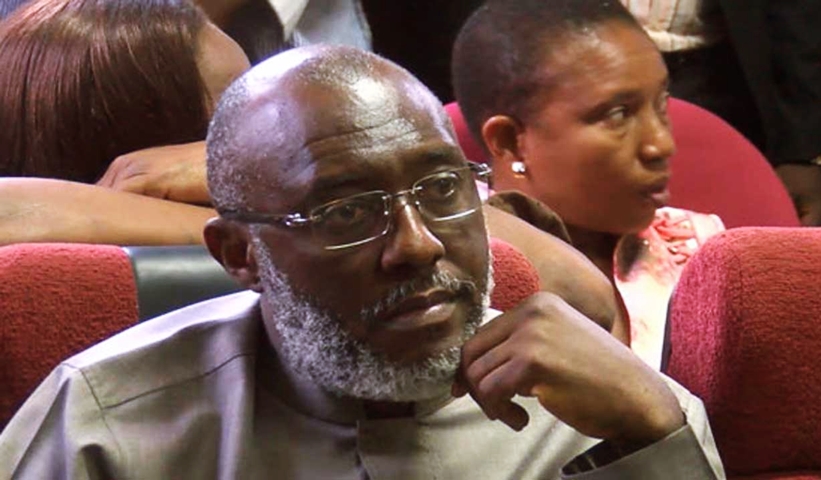 Metuh is facing prosecution by the Economic and Financial Crimes Commission, EFCC alongside his company, Destra Investment on seven-count charges, bordering on money laundering to the tune of N400million (Four Hundred Million Naira), which he allegedly received from the Office of the National Security Adviser, ONSA, in 2014 under Sambo Dasuki as national security adviser without justification.

Metuh while on cross-examination today, said “The payment of N400million was made by the former President Goodluck Ebele Jonathan. This is because I made a presentation and he informed that he will make funds available for the prosecution of that national assignment and he even called me to tell me that the N400million has been paid. I do not expect the President to be an agent of any individual or organ of his office, but I do know that he has a lot of aides that handle matters relating to different aspects,” he said.

He revealed during cross-examination, that Mike Ozekhome, the then lawyer to Jonathan told him that he needed to pay about N1.2billion (One Billion Two Hundred Million Naira) as for Jonathan’s transportation and to guarantee his security, before he could come to the court.

“I am just hearing for the first time that the former president denied knowing me and had no business with me. I am not in a position to confirm or deny about the opposition of his excellency to be a witness; I can only confirm that he insisted that I should pay N1.2billion,” Metuh said.

At this juncture the prosecution tendered the certified copies of the motion document filed by Ozekhome and tendered the motion filed on October 27, 2017 by him on behalf of the former President Jonathan, seeking to set aside the subpoena as well as the affidavit in support of the said motion and written address. The prosecution also tendered a counter-affidavit of the senior counsel, made on October 30, 2017 but filed on the November 1, 2017.