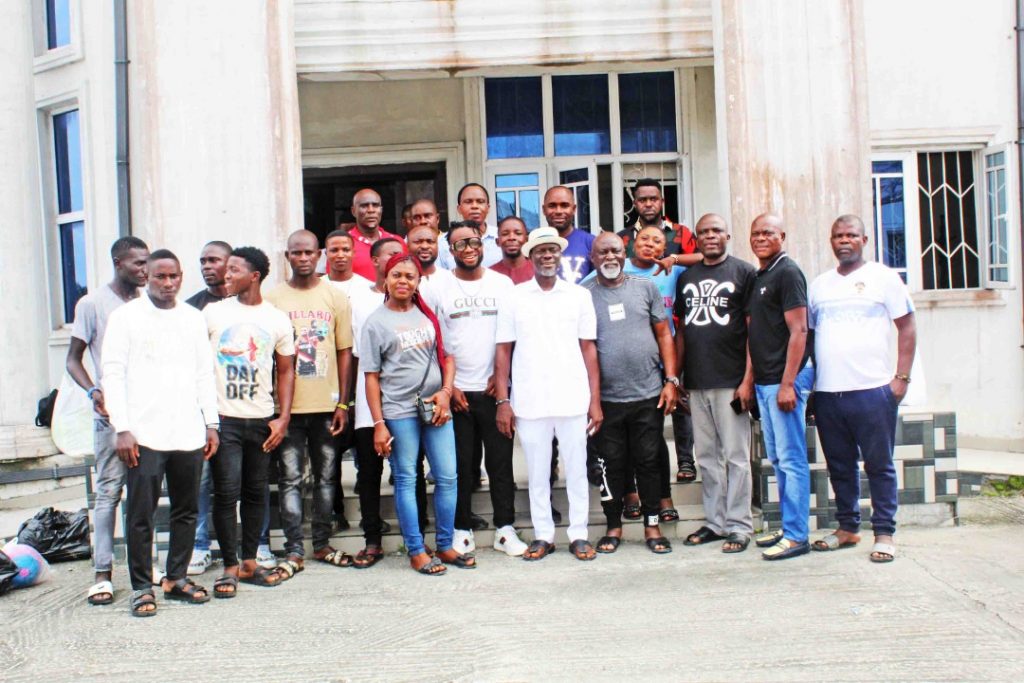 Niger Delta born enviromentalist and development advocate, Comrade Chief Mulade Sheriff has hailed all the communities that are participating in the ongoing Ijaw/Itsekiri Peace and Unity Football Tournament for their commitment and dedication towards sustainable peaceful coexistence, “which has encouraged us to do more for our people.”

After 24 matches with 59 goals in the group stage, all is now set for quarter finals of the 3rd edition of the Ijaw and Itsekiri Peace and Unity Cup FIESTA, 2022.

The competition kicked off with an opening ceremony on the 16th of Nov, 2022, and witnessed improved quality of play. It has recorded more goals compared to the same stage in the second edition.

Ogidigben CFC’s 5-0 win over Ode-Itsekri is the single biggest scoreline from the group stage of this year’s edition of the competition.

HOW IT HAS BEEN:
In group one, Oboghoro CFC finished top with five points, while Kolokolo CFC pushed Ugborodo to second place with a better goal difference after both sides garnered four points each and Ubeji CFC finished bottom with three points.

In group three, Benekrikru CFC beat Ogbe-Ijoh CFC to take the top position on a better goal difference after they finished with seven points each, while Diebire CFC is third with three points.

In group two, Ebrohimi CFC finished with a perfect record in the group phase with nine points, Ogidigben CFC came second with six points, while Ode-Itsekiri and Jakpa/Tebu finished third and fourth with 3 points and no point respectively.

QUATER FINALS:
The last eight of the competition billed to start on the 25th of November, will see Oboghoro CFC take on Ogidigben CFC, Ebrohimi CFC will tackle Kolokolo CFC. Benikrukru will hope to get one point over Kurutie CFC when they meet, while Okerenkoko CFC will tackle Ogbe-Ijoh CFC.

The semi finals will hold on the 28th of November, while the final will take place on the 3rd of December 2022.