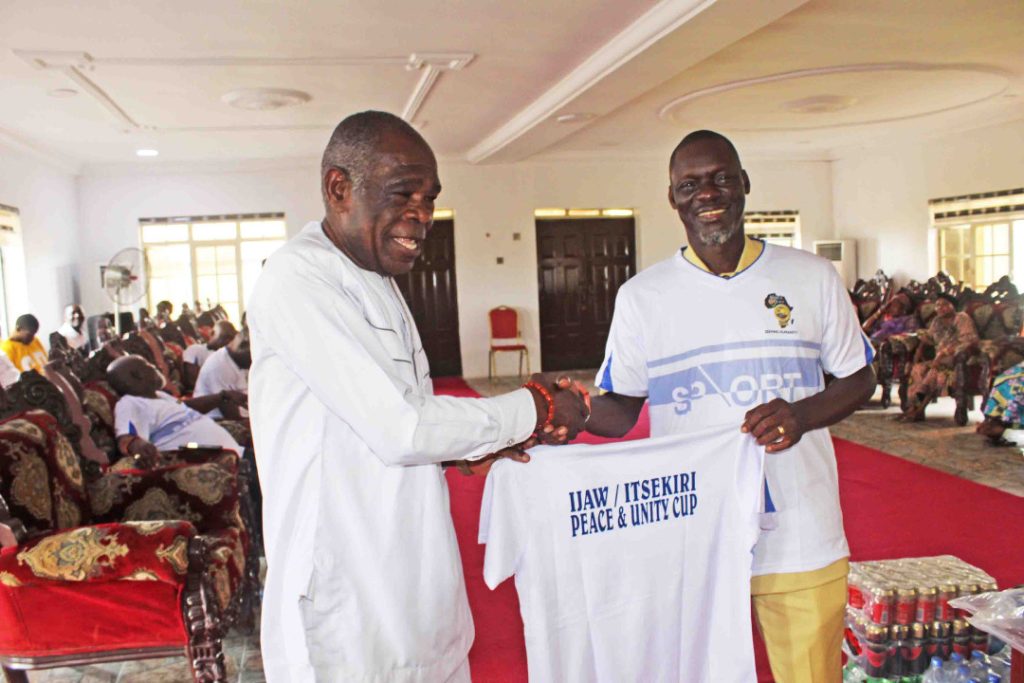 The convener and sponsor of the tournament, Comrade Mulade Sheriff who led the delegation, introduced members of the LOC to the Monarch and appreciated his commitment towards promoting sustainable peace in his domain, despite the insecurity challenges.

Comrade Mulade used the occasion to brief the Pere on why the competition would be held as stated in the draw/fixtures of the competition which will enable both Ijaw and Itsekiri teams to meet at the finals to achieve the purpose. He intimated the Royal Father that the 3rd edition covered the three (3) Warri LGAs of Delta State for purpose of mutual inclusiveness.

In his response, the monarch appreciated and thanked the organizers, particularly the promoter, Comrade Mulade Sheriff for this laudable initiative to reunite the Ijaw and Itsekiri with age-long lovely neighborliness, and implored him to continue with the good works and spreading the message of peaceful coexistence, as the importance of peace cannot be overemphasized.

He encouraged the untiring contribution of the LOC towards uniting Ijaw/Itsekiri the importance of which is crucial to harnessing the dividends of development and opportunities to the people. The renowned Niger Delta monarch supported the tournament in kind and prayed for the team to succeed and achieve its purpose.

Chairman of the LOC, Hon Kenneth Nwaomucha who doubles as the Chairman of Delta State Football Association, thanked the King for his kind gesture and presented the branded T-shirt of the tournament to the Pere.