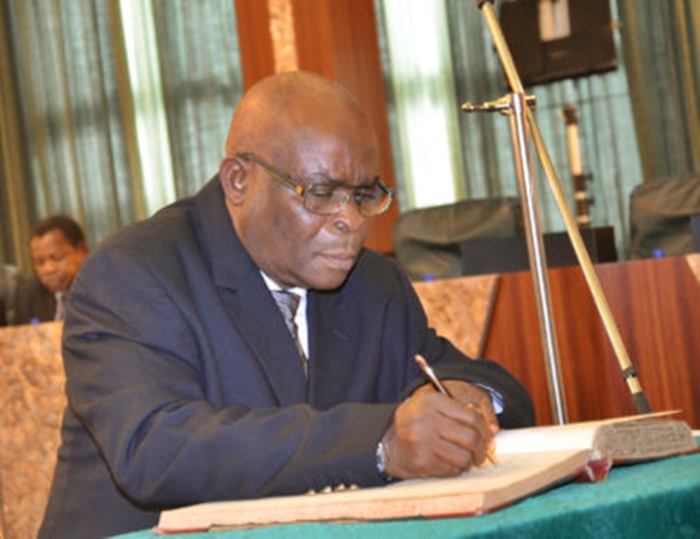 Justice Walter Onnoghen has been confirmed as Nigeria’s Chief Justice by the Nigerian Senate. He will be the 20th person to occupy the position since 1914, according to judiciary records.

His name was forwarded for screening by Acting President Osinbajo two weeks ago.

The confirmation hearing began with Walter Onnoghen taking senators through his educational background, his service year at the Lagos Ministry of Justice and career till date.

Then Senators asked him how he would ensure that the common man gets justice in the country and the judiciary fast-track the trial of persons for corruption.

Onnoghen agreed with the Senators that there is corruption in the judiciary, but quickly added that his duty will be to reduce the scourge.

“We are working to stem this and encourage transparency in our dealings,” he said.

The new chief justice of Nigeria also spoke about his plans to ensure that the judiciary reinforces itself as a separate arm of government and remains the last hope of all Nigerians in the dispensation of justice.

As he put it, every Nigerian will not need to see a judge before he gets justice.

“We shall reinforce our independence. I won’t compromise on that”, Onnoghen told the Senators.

Senate President Bukola Saraki described Onnoghen’s nomination, screening and his eventual confirmation as a milestone and a democratic progress.

He congratulated the new CJN and hoped that he would appreciate more than anyone else, he the responsibility and challenges ahead of him.

Sixty-six year-old Walter Samuel Onnoghen has been a Justice of the Supreme Court of Nigeria since 2005.

He was appointed by President Muhammadu Buhari to succeed, in acting capacity, Justice Mahmood Muhammed in November last year.

He graduated from the University of Ghana at Legon, Ghana in 1977 and from the Nigerian Law School in Lagos in 1978.

Before joining the Supreme Court, he was a judge in Cross River State and a justice of the Court of Appeal.

Here is the list of Nigerian chief justices since 1914: