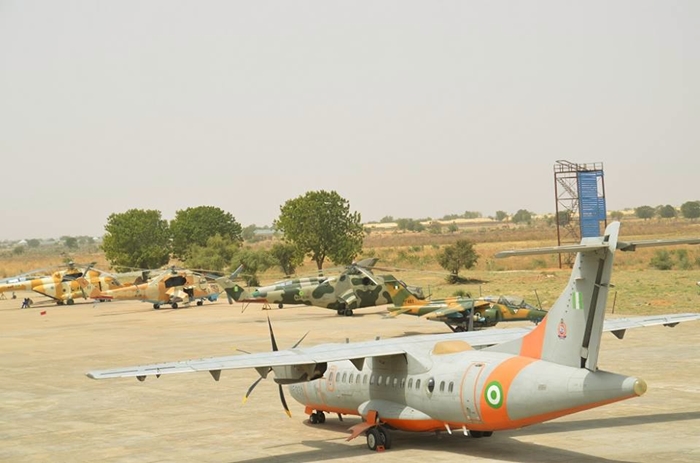 The Chief of Air Staff, Air Marshal Abubakar Sadique, on Tuesday performed the ground breaking ceremony for a new Nigerian Air Force Base, the 211 Regiment Group, in Owerri, Imo state.

In his remarks, Sadique said that the Unit when finally put in place would enhance security in the state and help in curbing all kinds of crimes such as kidnapping and armed robbery.

He said that the unit which was among the nine new formations established across the country would collaborate with other security agencies in the state to curb crime.

“I advise kidnappers and armed robbers to have a rethink and change their lives unless they want to meet their waterloo.

“The unit we are placing here is a highly skilled unit, a quick response group, one of the best in the Air Force. In the event of anything, we will be able to respond  as quickly as possible,” Sadique said.

He also promised that work would soon commence on the site because it was captured in the 2017 budget while giving assurance that Nigerian Air Force  (NAF) would help the host communities and other communities in health outreach services.

While commending the Governor of Imo for his giant strides in the development of the state, Sadique said the NAF would create an enabling environment for him to sustain the growth of the state.

In his speech, Gov. Rochas Okorocha commended the Federal Government for locating the Air Force unit in the state. Okorocha, however, called for more federal projects especially road projects linking the state with other parts of the country.

The governor pledged the support of the state government to the speedy completion of the permanent site, adding that the new Air Force unit would complement the Imo International Cargo Airport, Imo Air, as well as creating employment.