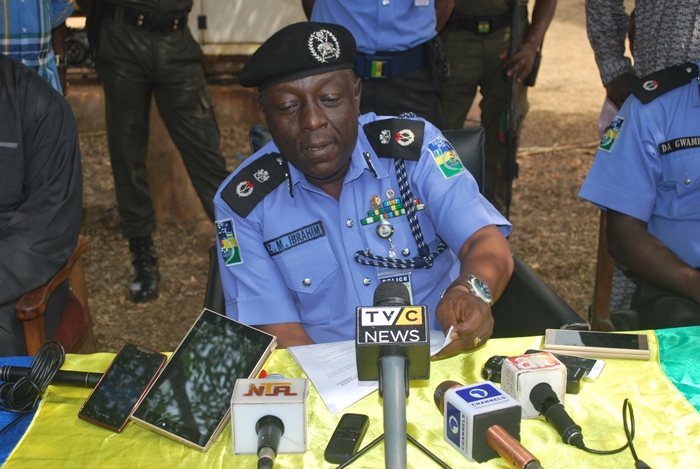 It was harvest of suspected criminals as Delta State Police Command om May 3, 2017 paraded no fewer than 175 persons arrested over alleged involvement in various crimes across the state.

Among the kidnap suspects was a 40-year old discharged lance corporal from the military, Tola Saliu who is the ring leader of a kidnapping syndicate that specializes in abducting women driving flashy cars in Asaba and its environs.

Saliu, a native of Adamawa State, who regretted his action, said he voluntarily opted out of the military when he was working at the Bureau de Change, adding that the kidnap of a nollywood actress was his first operation.

The suspect admitted that relatives of the victim coughed out N1 million to have freed from the custody of the hostage takers.

Meanwhile, armed robbery had the lion share of 69 suspects, with cultism and kidnapping trailing from behind, according to the state Commissioner of Police, Mr. Zanna Ibrahim who paraded the suspects at the command’s headquarters in Asaba.

Mr. Ibrahim bemoaned the high rate of cultism in the state, vowing that the police will not rest on its oars to reduce the trend to the barest minimum.

“Cultism is one of the issues we have in the state. It has extended from higher institutions of learning to secondary schools, unions and the communities. But we are not resting on our oars to reduce the trend to the barest minimum. We are doing this through advocacy programs,” Ibrahim told newsmen.

He said through intelligence, the paraded cultists who are members of various secret cults including Arobaga, Aiye and others were round up at Ashaka, Warri and Kwale either while mobilizing for a showdown or right in the act.