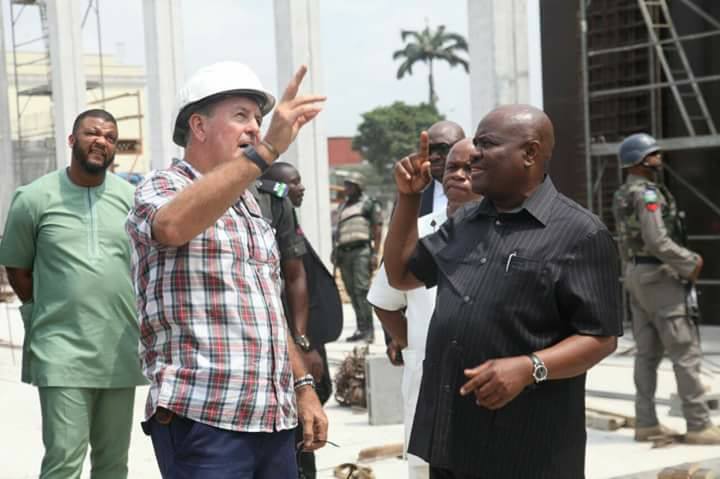 Rivers State Governor, Nyesom Ezenwo Wike has declared that his administration will continue to invest in the creation of access to justice for the people of the state.

Governor Wike who spoke after inspecting the construction of the Federal High Court Complex, Port Harcourt being funded by his administration noted that access to justice will help in the promotion of security.

The governor who was accompanied on the inspection of projects on Monday by Former Commissioner of Transport, Chief Glory Emeh, expressed satisfaction with the quality of work at the project sites.

He inspected the courtrooms, lifts and offices of the complex which is nearing completion.

He was also at the Port Harcourt Pleasure Park and the Rivers State Ecumenical Centre.

The governor assured that he will continue to deliver on projects to improve the living condition of the people.