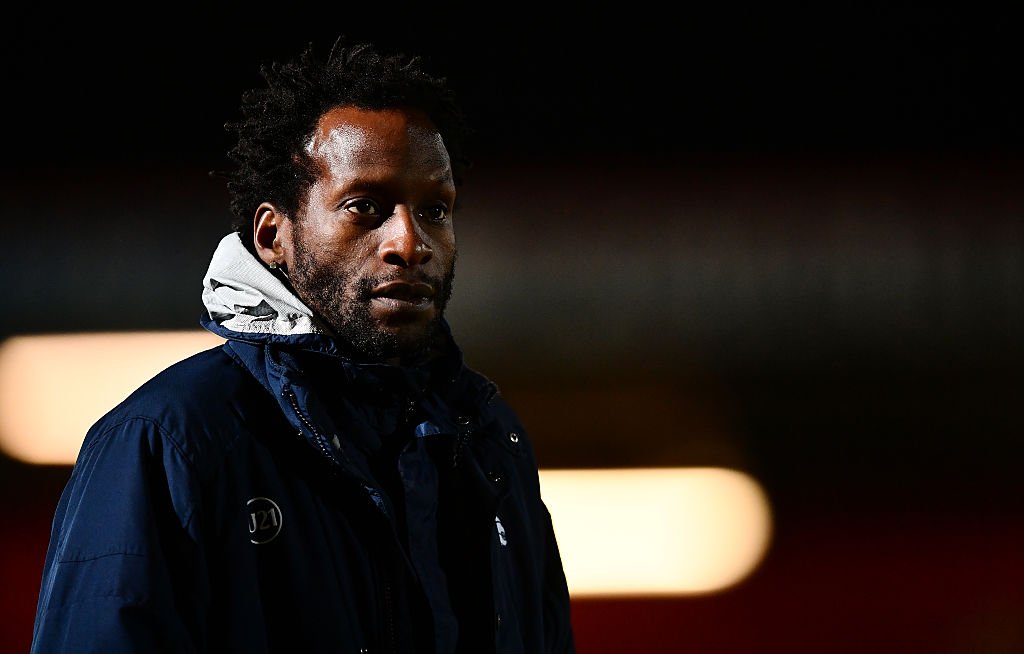 Ugo Ehiogu has died at the age of 44 after suffering a cardiac arrest at Tottenham’s training centre on Thursday. A Spurs statement said Ehiogu died in hospital in the early hours of Friday.

Ehiogu, who was Spurs’ Under-23s coach, was capped four times by England and made hundreds of appearance for Aston Villa both as a defender.

“Words cannot express the shock and sadness that we all feel at the club,” said Tottenham’s head of coaching and development John McDermott.

“Ugo’s immense presence will be irreplaceable.”

Ehiogu made over 200 appearances for Aston Villa between 1991 and 2000 and then spent seven years at Middlesbrough.

The centre-back also played for West Brom, Leeds, Rangers and Sheffield United, before retiring in 2009. He began coaching at Tottenham in 2014.

Current manager and ex-Manchester United defender Steve Bruce, who faced Ehiogu as a player, paid tribute: “We are all shocked and devastated by the news – someone so young. Our thoughts are with his family.

Former Aston Villa midfielder Andy Townsend, who played with Ugo Ehiogu in the victorious Villa side in the 1996 League Cup final wrote, “I’m absolutely shocked. Very shocked at this news. I heard he had collapsed on the Spurs training ground. But I didn’t expect to wake up to this news.

“Like all younger players it wasn’t easy for him at the start of his Villa career but in the end you saw that nobody was going to get the better of him. He was commading and formidable in the air. He was a player that every team would like to have at the back.

“I remember the 3-0 win over Leeds [in the League Cup final]. I looked at pictures at home this morning and Ugo is in them celebrating.

“I’ve often wondered with professional sportsmen… you’re conditioned for so long, but no doubt players have sometimes suffered when they pack up. But in Ugo’s case he was on the training pitch at Tottenham [as U23s coach]. He would have stayed active. When I last saw him he was a picture of health.”