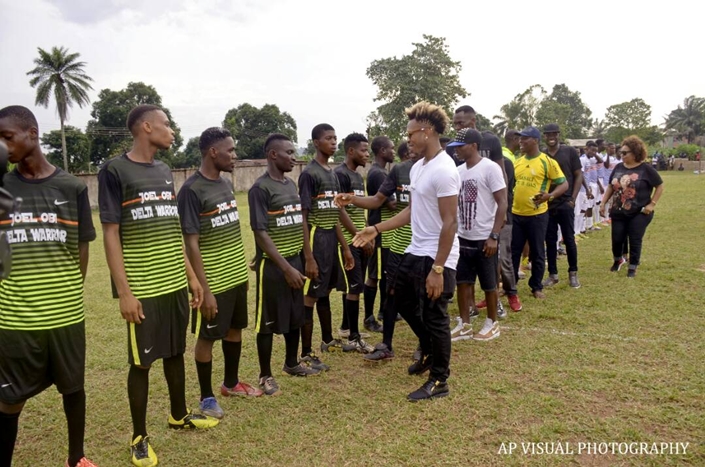 Super Eagles midfielder, Joel Obi has called on young footballers to focus on their career rather than chase monetary gains.

The footballer who plays for Torino in Italy stated this in his home town of Aboh-Ogwashi in Aniocha South Local Government Area of Delta State when a novelty football match was played in his honour.

Obi who said he was proud to be a Deltan, maintained that most young players think about how to make money rather than concentrate on developing their game skills, emphasizing that they often times lose focus and end up entering slave contracts.

He urged already established players in the country to assist up and coming players achieve their dreams, adding that such move would remove youths from the streets.

The former Inter Milan midfielder explained that he was committed to giving young players a platform to be discovered and showcase their talents, stressing that he hopes to organize a football competition annually for the youths in Aniocha South Local Government Area.

At the football competition organized in honour of the international footballer, Delta Warriors Football Club of Aboh-Ogwashi emerged winners of the novelty match beating Jordan Obi F.C, also of Aboh-Ogwashi five-four in a penalty shoot out after the game ended in a two-two draw.

The match was played at Aboh-Ogwashi Secondary School football field.

The highlight of the soccer competition was the presentation of prizes to the winning team, best player and highest goal scorer, all sponsored by the midfielder, Joel Obi.