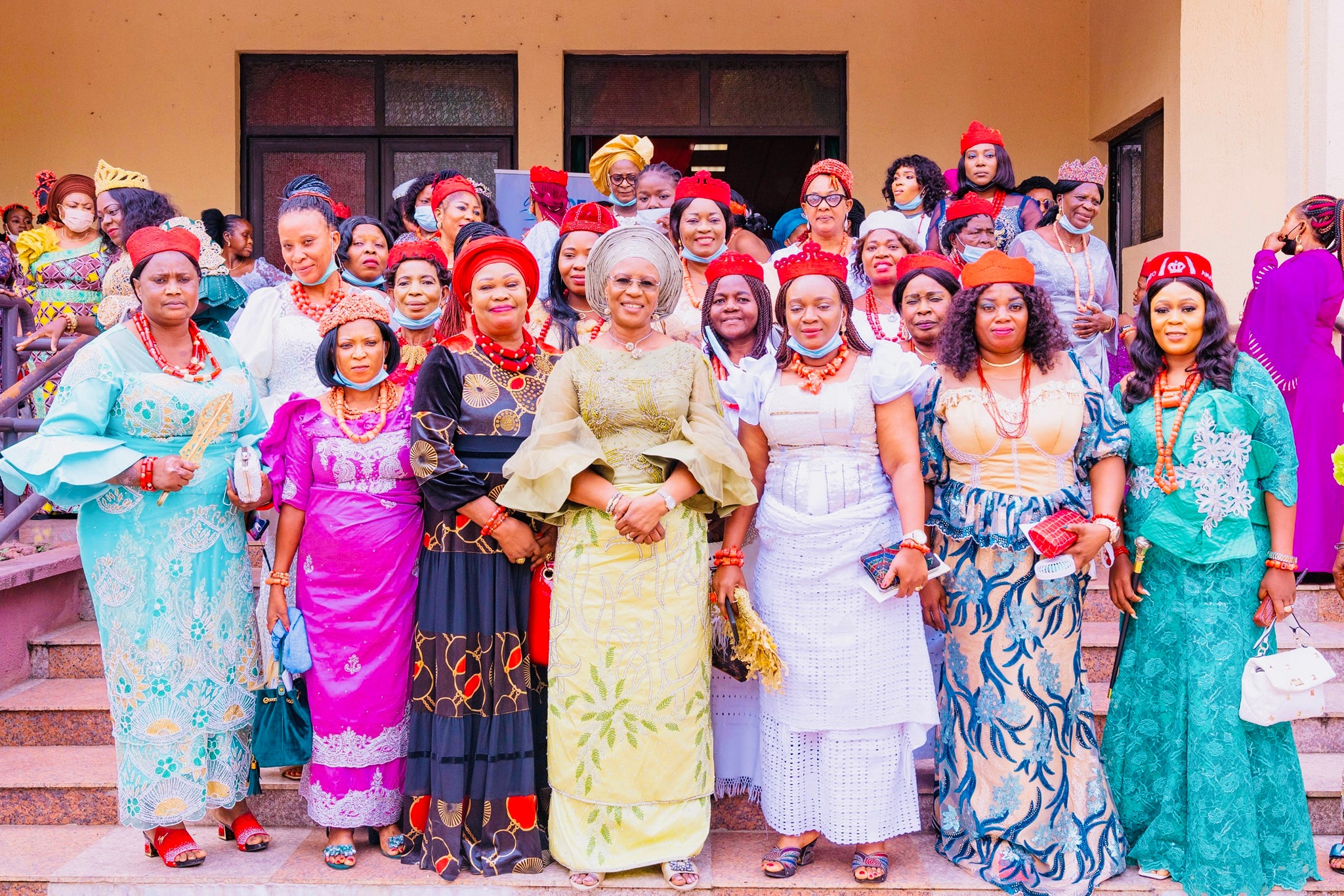 Wife of the Delta State Governor, Dame Edith Okowa, has called on Wives of Traditional Rulers and Royal Mothers in the state to sustain the peace being witnessed in the state through prayers and commitment to God.

Dame Okowa who gave this charge at the 2021 edition of the annual meeting with the Women at the Unity Hall, Government House, Asaba, commended the traditional institution for working with the state government in ensuring a peaceful Delta.

While acknowledging God’s faithfulness in preserving the lives of the women through the height of the Coronavirus pandemic which paused the meeting in 2020, She noted that, a moment like this should be for reconciliation and prayed for divine protection against any and all other variants of pandemic ravaging the world.

Dame Okowa who is also the founder, O5 Initiative, further called on Deltans to stay obedient to God, noting that Delta state was covenanted to God and He rules and reigns in all homes and families in the state.

She appreciated all those who have been supportive of the Governor Ifeanyi Okowa administration and sued for continued support to help the administration succeed in all areas.

Earlier in her welcome address, the Director General, O5 Initiative, Mrs Oghenekevwe Agas commended the women for coming enmasse for this year’s edition, urging them to see the annual gathering as a time to fellowship with one another.

In a short sermon titled, Eve Generation and Mary Generation, by Barr Kesiena Samson, the Royal Mothers were admonished to be light and positive influence in their families, kingdoms and society as exemplified in the attributes of the Mary Generation who are the change makers that sustain the nation through prayers and intercession.

The Royal Mothers were entertained to dance and drama performances by the Delta State council of Arts and Culture and Glory of God Music and Drama Concept before a closed door session with the Wife of the Governor.