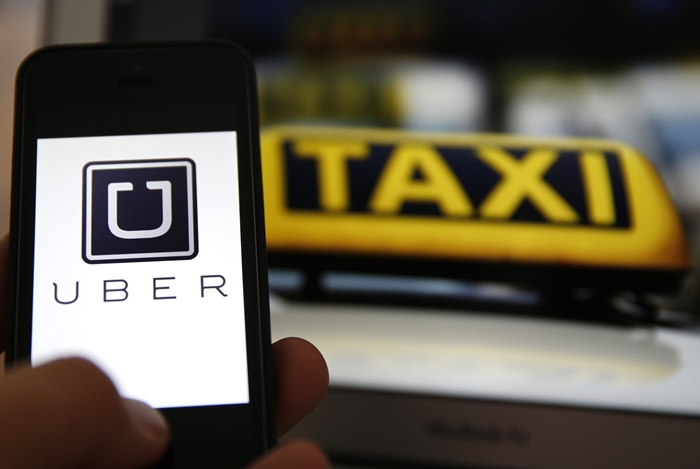 The Lagos state police command have arrested two men,  Osaro Egbomrewen and Michael Eyeoekpe, in connection with the death of an Uber driver, Innevosa Emmanuel, who was strangled to death at the Ogba area of the state recently.

Parading the suspects before newsmen today, the state police commissioner, Fatai Owoseni, said the suspects had posed as passengers and ordered for a taxi using the Uber application.

The deceased had arrived their location in Ikeja and was instructed to take them to their destination at Ogba, Oke-Ira.

During their trip, the suspects and one other who is currently at large, suddenly ordered the driver to make a U-turn and take them to Oremeji Street, Obawole area of Ogba, where he was strangled with a belt and his KIA RIO salon car marked KTU 594DM vehicle was taken away.

The suspects had planned to sell off the car to an unsuspecting buyer. However the police began to trail them and tracked the vehicle after a complain was laid of a missing Uber driver and his car.

One of the suspects who narrated how they carried out the act said;

“I and Michael met at Ogba where I went to drink and we became friends. I told him how difficult things were for me that I needed to relocate to Benin to start all over again. It was at this point that Michael told me about a deal that could fetch me some money that we could get a car and then sell it to his boss.

Michael then told me about one Alex (Emmanuel) who had a vehicle and we agreed to meet the following day. Since then we had been meeting and discussing how to buy the vehicle. On the fateful day the Uber driver came, I was with Michael in his office and his friend Destiny was with him but I don’t know if he discussed the vehicle deal with Destiny. Around 9:30p.m, we called the Uber driver to come and pick us at Tantalizer eatery at Ogba. I and Destiny were inside the vehicle with the driver, but Michael was outside while I was holding the belt.

Immediately I put the belt across the driver’s neck, Destiny dragged the belt and we strangled him. When we were satisfied that he was dead, we took his corpse to Oremeji Street and dumped him in front of a church around 10:30 p.m., without anybody noticing us. After killing the driver, we took the vehicle to Michael’s boss to sell it.

Later we were tracked to Benin, arrested and brought back to Lagos”.

The state Commissioner of Police said they would soon be charged to court.