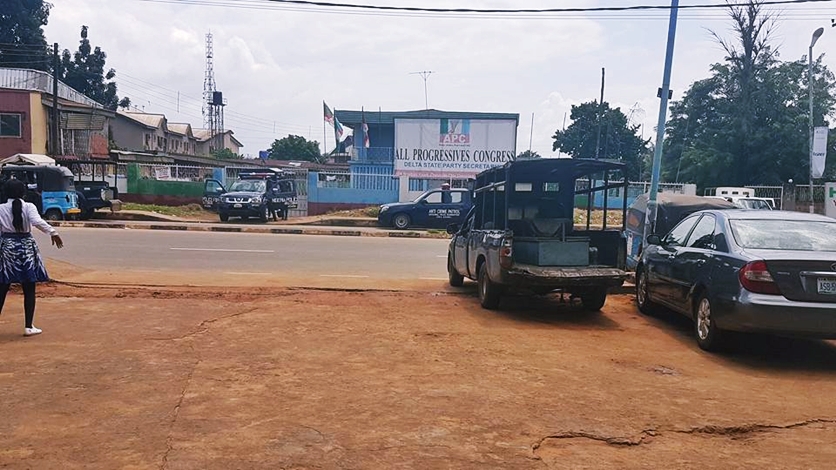 The Police command in Delta State today stopped Prophet Jones Erue, a factional Chairman of the All Progressive Congress, APC, in Delta from accessing the state party Secretariat for the planned inauguration of its factional state executive committee.

When we visited the party’s state Secretariat at Nnebisi road Asaba, men of the Nigeria Police Force has sealed off the place preventing anybody from gaining access to the building.

Investigation revealed that the Police boss acted based on earlier letter of introduction from the then party’s National Chairman, Chief John Oyegun introducing Chief Cyril Ogodo to the police as the Delta state party Chairman.

Recall that the Erue faction on Thursday issued a “Notice of Inauguration of Delta state APC executive committee for Friday,” today, but they were however denied access to the party Secretariat by the police in order to avoid the break down of law and order.

Following this development, Prophet Jones Erue has issued another notice to his factional members, the notice which we obtained from APC group WhatsApp page reads in part:

“Due to circumstances beyond our control, we are sorry to announce the postponement of the inauguration of Delta State APC Executive Committee earlier scheduled to hold on Friday 20th July,2018.

We further gathered that the state Commissioner of Police has invited both camps for a meeting in order to set the records right.