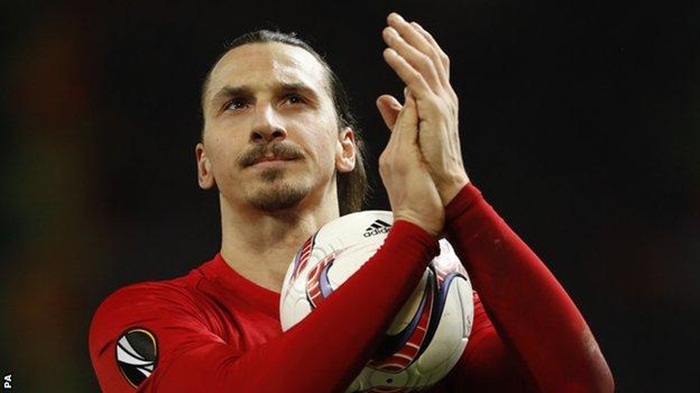 Zlatan Ibrahimovic put Saint-Etienne to the sword with a hat-trick as Manchester United beat the French club 3-0 in the first leg of their Europa League last-32 tie on Thursday, February 16, 2017.

There were question marks over the signing of veteran striker Ibrahimovic on a free transfer from Paris St-Germain in the summer, but the Swede has responded by taking his tally to 23 for the season.

The 35-year-old former Juventus, Barcelona and AC Milan man has now netted 17 career hat-tricks. It was his first since joining United, his second in European competition and his third against Saint-Etienne.

“Every time I have played against Saint-Etienne, with hard work there has been a couple of goals,” Ibrahimovic said after the game. “I have scored a couple of goals tonight and hopefully I can do the same next week.”

The Ligue 1 side will be pleased to see the back of Ibrahimovic when he retires having scored 17 times against them during his career.

Ibrahimovic has 11 titles and three domestic cups to his name, but a major European trophy remains missing from his illustrious CV.