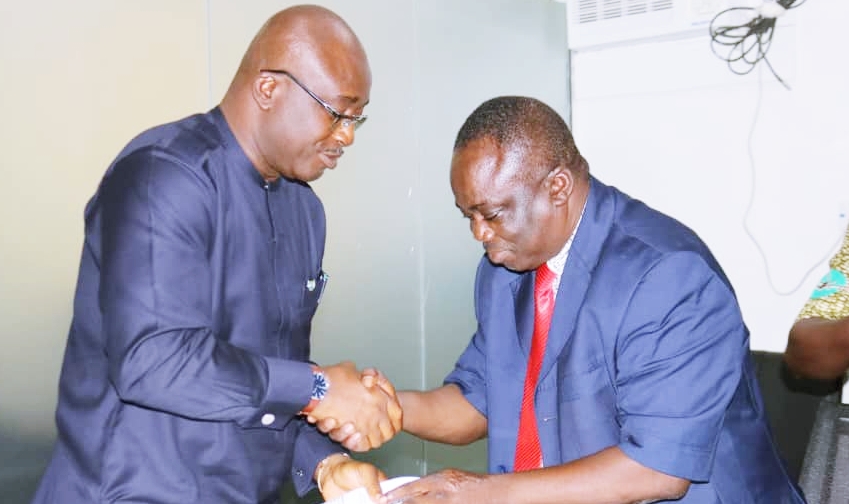 Delta State Governor, Senator Dr. Ifeanyi Okowa, has said that the state government will continue to partner with teachers because of the enviable roles they play in the upbringing of children in the society.

The governor, represented by the state Commissioner for Basic and Secondary Education, Chief Patrick Ukah, stated this in his office in Asaba on Thursday, October 3, 2019 when the state Chairman of the Nigeria Union of Teachers (NUT), Delta State wing, Comrade Titus Okotie, led members of the Executive Council on a courtesy visit.

He said that the partnership will be in such a way that teachers will be proud of their profession as they will be celebrated from time to time as an appreciation of their contributions to the educational development of the children.

Governor Okowa disclosed that the annual Teachers Award ceremony, initiated by his administration, will hold this weekend as a way of encouraging them to strive to do better in their chosen profession.

According to the governor, it is because of the importance attached to the teaching profession that his administration insisted that the 1000 teachers recently employed by the state government had relevant educational qualifications.

While acknowledging the fact that more teachers are needed in the education sector, he said that efforts will be stepped up to get more National Youth Service  Corps (NYSC) members to be deployed to schools to bridge the shortfall.

The governor promised to look into some of the issues raised by the union as it affects its members promising that necessary actions will be taken to resolve them as quickly as possible.

Earlier, Comrade Okotie enumerated the giant strides recorded in the education sector since the governor was elected and thanked him for his all-time commitment and support to the union in carrying her teeming members along.

He conveyed the goodwill of the National Leadership and Elders Forum of the union and revealed their decision to bestow on him a National Award at an appropriate time which will be communicated in due course.