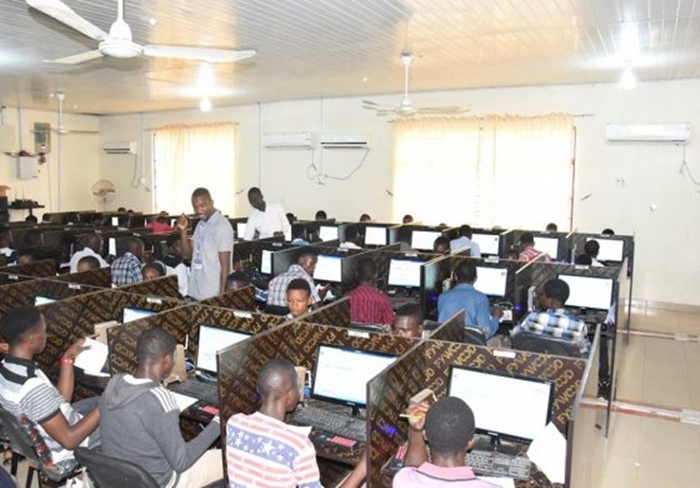 The Joint Admissions and Matriculation Board (JAMB) has officially cancelled the results for 59,698 Unified Tertiary Matriculation Examination (UTME) candidates over examination malpractices.

JAMB’s Registrar, Prof. Is-haq Oloyede, made the disclosure on Wednesday in Abuja at a news conference at the end of an enlarged meeting with external examiners and other stakeholders in the conduct of the 2017 UTME.

According to him, 1,386 candidates have their results cancelled over examination malpractice; 57,646 results were also affected as a result of centres-induced malpractices while the results of 666 candidates were cancelled due to multiple examinations.

The cancelled results were fewer than the 76,923 initially withheld by the examination body when the results of the 2017 UTME were announced on 31 May. Oloyede had said the final figure of annulled results would be announced after a thorough investigation.

There may be a second chance for some of the candidates to seat for a supplementary UTME, according to Oloyede, especially for those deemed innocent of centre-induced exam cheating.

The Supplementary exam will take place July 1, 2017 mostly for candidates who registered late for this year’s UTME.

Oloyede added that some of the candidates whose results were cancelled, would also take part in the rescheduled exam.

He listed the categories of candidates whose results were cancelled but would take part in the rescheduled examination to include candidates of centres with mass malpractices but who are deemed innocent, biometric non-verification machine related issues.

Others include technical and log out issues, late registration, incomplete results and candidates who lost examination sessions due to malfunctioning of servers at the affected centre.

The JAMB boss said the decision to allow the candidates sit for the rescheduled examination was reached after a thorough review of all the reports that emanated from their centres.

Oloyede announced the blacklisting of 48 CBT centres found culpable of aiding cheating. He said another 24 CBT centres had been suspended for one year for failing to live up to expectations.

“The delisting of 48 centres from participating in the board’s examination in future is as a result of serious technical deficiencies, extortion, organised examination malpractices and other damaging infractions.”