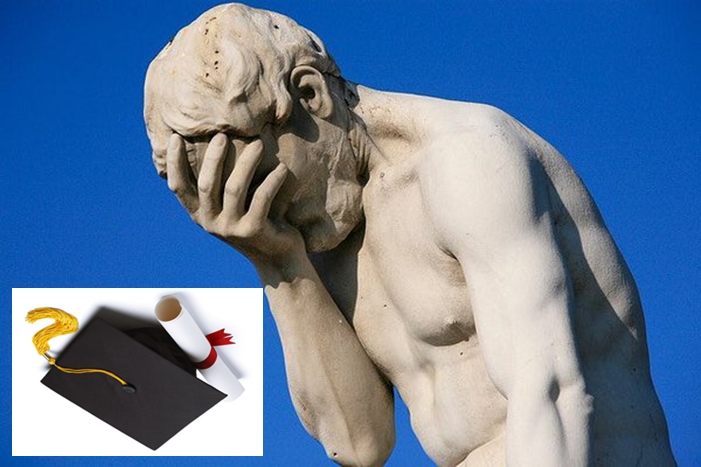 Knowledge they say is Power. Show me a politically, socially, morally, or technologically balanced society and I will tell you her success in the aforementioned lies in quality and sound EDUCATIONAL SYSTEM born out of well-structured educational policies that is dished out by a visionary Government piloted by vibrant LEADERS.

The recent Jamb cut off mark that was announced by the minister of education Malam Adamu Adamu in agreement with stakeholders in the educational industry on Tuesday August 22, 2017, has been perceived by many Nigerians including the writer of this piece as a decision taken to further drag the standard of our educational sector down to the mud in which it has found itself.

NIGERIA EDUCATION SYSTEM is already decomposing because of system failures ranging from entry requirements, period of training on some professional courses by some substandard institutions who get license of operations due to bribery and favoritism, poor infrastructural facilities in universities, poor lectures by unrefined lecturers who were smuggled into the system, just to mention a few.

According to some notable quotes by some world leaders, innovators, entrepreneurs like; John Ruskin, Desmond Tutu, Nelson Mandela, Victor Hugo just to mention a few, affirmed that “Quality is never an accident; it is always the result of intelligent effort”, “Inclusive good quality education is a foundation for dynamic and equitable societies”, “Education is the most powerful weapon which you can use to change the world” and “He who open a school door closes a prison” respectively.

Giving a critical analysis on this educational words on marbles and dished out by these educationists from the different developed countries of the world, one can easily come to conclusion that Nigeria as the giant of Africa still remains in her dark days in terms of political, economic, technological or infrastructural development due to the system failure in her educational system in this 21st century.

Our educational system is already begging for survival, the system itself has been eaten deeply by the corrupt political leaders who only come up with irrational policies that will only benefit them at the period when they are at the helm of affairs.

Internationally, you would agree with me that a Nigerian graduate is of less value in Western World. All these menace is as a result of wrong educational policies initiated by one educational minister in one political administration or the other.

At this juncture, I humbly appeal to all the stakeholders in the educational industry to see to this ‘NEW EDUCATIONAL POLICY OF LAZINESS IN OUR HIGHER INSTITUTIONS’ as a strong tool to further make the Nigerian student seeking admission into any higher institution to become more indolent, carefree towards searching for knowledge that will better him/herself in life, and the society at large, increase poor reading culture and as such leading to the massive productions of future graduates who cannot pilot the political, administrative, economic and technological affairs of our dear country, Nigeria.

Ned Nwoko: The Making Of A Great Prince Of Anioma
Delta Line Scam: The Sacrifice of Over 700 Deltans and Delta State Commonwealth for Peanuts
Advertisement