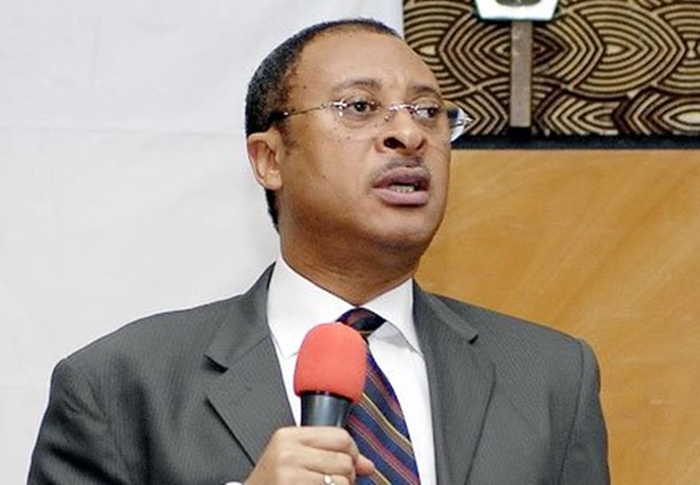 Chairmen of 35 political parties under the Coalition of Registered Political Parties in Delta State, (CRPP) has called on Professor Pat Utomi to come and rescue Delta State from decades of poor leadership by running for governor in 2019 and set it on the path of growth and development.

In an open letter addressed to Prof. Pat Utomi, signed by its Chairman and Secretary, Hon. Efe Tobor and Prince Jude Eze, they begged Utomi to contest the governorship election, because he is the only candidate of hope.

The group noted that since 1999, the state has received huge allocations from the federal government but sadly, the people did not share in its wealth, rather a few who are in government live in affluence, and the rest of Deltans in misery.

They also decried the sorry state of infrastructural decay in Delta, noting that though, Delta State is blessed with enormous wealth – oil, gas, fertile land, hard-working and talented people, enough to make it the best state in Nigeria, the state’s has been backward in terms of development.

The 35 political party chairmen out of 40 parties in the state, stated further that during the 2015 governorship election they invested their hopes and future on the then Senator Ifeanyi Okowa because they thought he would change things, when he promised prosperity for all.

The statement in part: “We believed that he would make the people’s priorities the centerpiece of his attention when he becomes Governor. Unfortunately, in the last two years, Okowa has not demonstrated any willingness to address the issues that are of concern to the people or work for the common good of Deltans.

“Rather than recover looted state funds, revitalize our economy and fight crime, Okowa’s government has been far more concerned with perpetuating a political order that benefits only a few.

“Despite huge Federal government bailouts, Paris Club and federal roads expenditure refunds, too many groups have suffered avoidable hardship under the Okowa administration. These groups include women, youths, civil servants, students, teachers and the elderly who now bear the brunt of Okowa maladministration.

“Salaries of civil servants, especially local government workers and pensions of our seniors remain largely unpaid for months. Mothers and children lost free maternal medical care they enjoyed during the time of the last administration. Students have also been denied free WAEC and NECO enrollment and scholarships. Local Government workers are now being threatened with sack. All these happened at a time when Okowa appointed every known tug as aide and paid them as at when due in preparation for his reelection in 2019.

“We cannot and must not continue on this path. This tragedy must stop. And 2019 is the appointed time for course correction in Delta State. But the time to take action is now.

“Deltans deserve a government that works for all. But considering the political developments that are taking place in the state today, we have come to the sad conclusion that as long as Okowa remains Governor, the good people of Delta state will not have any fair chance to become the best they can be.

“And having carried out an assessment of all the available options in the opposition and reviewed their pedigree, education and political experience, we concluded that you are the best person with the right combination of knowledge, experience, integrity, network, broad acceptability and the best chance to win and the ability to chart a new way forward for Delta State.

“We have had too many shenanigans in power, and believe your ascendance will introduce a new order of responsible and accountable government in Delta State. We are very excited that God has kept you for this moment, being not only a credible and competent person, but also a man of courage with fear of God. We trust that you can rescue Delta State from the challenges that have held it down for so many years now.

“It is for these reasons that we respectfully implore you to run for Governor of Delta State on the platform of your political party, the All Progressives Congress (APC) in 2019.  We do so because we believe that what actually matters is not which political party controls the government but whether the government is led by a competent person.

“We have been disappointed too many times, but we are very confident that you will not disappoint Deltans. We have exhausted our options and this time around, we won’t count on, nor depend on “money politics” as we will ensure that this “old style of politics” definitely fails come 2019.

“You are a singular ray of hope that Deltans can rely on today. We implore you therefore to pick up the mantle, and take that bold and blessed step. Be most assured that you can leave the rest to us and all other Deltans who look up to you as the “Moses” of our time.

The statement also added; “Our dear Professor Patrick Utomi, please harken to our plea and our desires. With due respect, you are the only candidate of “HOPE” for our generation and future generations. Please seize this moment as an apostle of true and positive change, and come to the rescue of our dear Delta state. The time is now.”