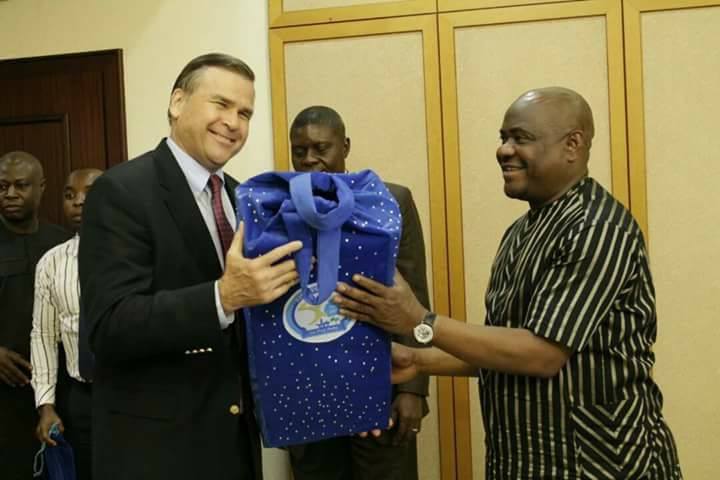 Rivers State Governor, Nyesom Ezenwo Wike has called on the United States Government to establish a Visa Office in Port Harcourt to cater for the South-South and South-East .

“If you open the Visa Office in Port Harcourt, you would have created a plethora of opportunities for the people of the region”, the governor said.

Governor Wike asserted that if the United States Government sets up a Visa Office in Port Harcourt, it will resolve the issue of equity and justice as the Abuja office serves the north and Lagos office serves the South West.

He assured that the American Ambassador that the state is safe for business, pledging that his administration will partner with investors, as the right environment has already been created.

“Forget about the media propaganda. This state is an opposition state. Therefore, don’t expect them to say it is the best. But, we are the best state. We are doing everything to ensure that investors do profitable business under the ambit of the law”, Governor Wike said.

In his remarks, the Ambassador of the United States of America to Nigeria, Mr. William Symington said that the focus of his visit was to interact with the people of the state and learn about the state.

He commended Nigerians for the unity of the country noting that Nigeria is a great country because of the contributions of Nigerians.

“Nigeria will be great and I expect a super power and a super partner “, he said.

The Ambassador of the United States of America to Nigeria was accompanied by the Consul General, John Bray.