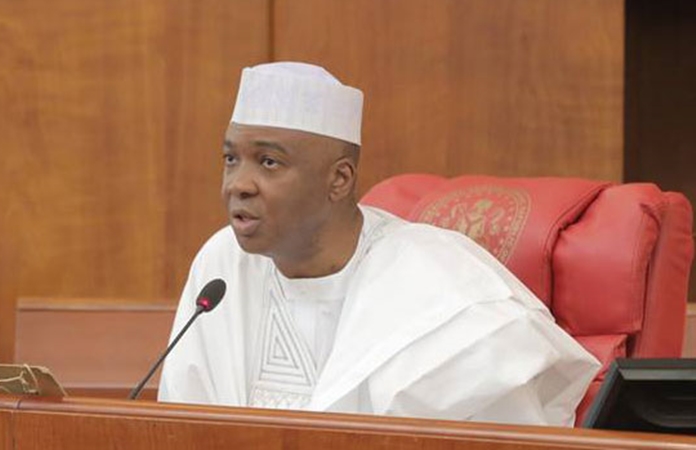 Senate President, Bukola Saraki has accepted the resignation from office of his Chief of Staff, Senator Isa Galaudu.

Galaudu’s resignation was conveyed in a letter by the Senate President, accepting his decision to throw in the towel.

Although no reason was given by the senator, who served with Saraki in the 7th Senate, sources said the relationship between the duo had been frosty, prompting Galaudu to write the Senate President of his intention to leave the job in November last year but was prevailed by the Senate President to hold on.

This was confirmed by the letter of acceptance of the Senate President to the resignation.

In a statement by his Special Adviser on Media and Publicity, Yusuph Olaniyonu, Saraki said Galaudu first mentioned his decision to step down for personal reasons last November and that they both agreed on his final exit at the end of January.

Saraki thanked the outgoing COS for his commitment and dedication to duty, while also directing the deputy, Hon. Gbenga Makanjuola, to act in that position pending the appointment of a substantive COS.