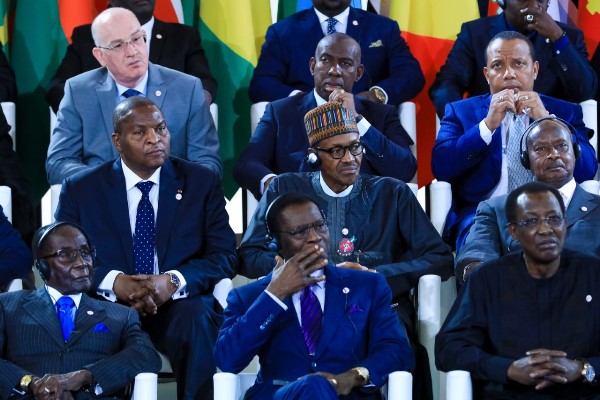 President Muhammadu Buhari and other West African leaders may have tactically taken Gambia’s president-elect, Adama Barrow into safety after a botched attempt to persuade President Yahya Jammeh to voluntarily cede power after he lost the 1 December election.

Jammeh’s tenure ends 19 January. And both ECOWAS and the AU have said he would cease to be the leader of West Africa’s smallest country by 20 January.

President Buhari flew out of Banjul with Barrow on Friday, en route to Mali, for what was called crisis talks in hopes of ending the nation’s political impasse. Thousands of Gambians themselves are leaving the country over fears of a possible military intervention to resolve the impasse.

The Nigerian President had led a three-nation delegation to Banjul earlier in the day, which his foreign minister, Geoffrey Onyeama admitted had not succeeded in getting longtime Gambian President Yahya Jammeh to step down.

Jammeh has made clear he will not stand aside until the country’s Supreme Court decides on his legal challenge seeking to annul the results of last month’s polls.

The Economic Community Of West African States (ECOWAS), a 15-nation bloc, has repeatedly called on Jammeh to respect the result of the vote that delivered Barrow to victory, and step down after 22 years in power.

African Leaders at the 27th Africa-France Summit in Mali

Onyeama expressed West Africa’s “determination to find a peaceful solution that accords with the constitution of The Gambia and also reflects the will of the Gambian people,” and said this was best served by Barrow meeting representatives from all ECOWAS member nations.

West African heads of state are gathered in Bamako for the Africa-France summit which resumes Saturday.

The African Union said there would be “serious consequences” for Jammeh, without elaborating, if violence or disorder were to break out as a result of the deadlock.

And Mohamed Ibn Chambas, head of the UN Office for West Africa and the Sahel, said Friday that ECOWAS would ask the Security Council to approve the deployment of troops to The Gambia if Jammeh refuses to cede power.

There are just five days left of Jammeh’s five-year term, but he warned the international community on Tuesday that “undue external interference” was unnecessary.

The Supreme Court is unlikely to sit and hear his legal challenge before May, ratcheting up tensions with Barrow, whose inauguration is due Thursday.