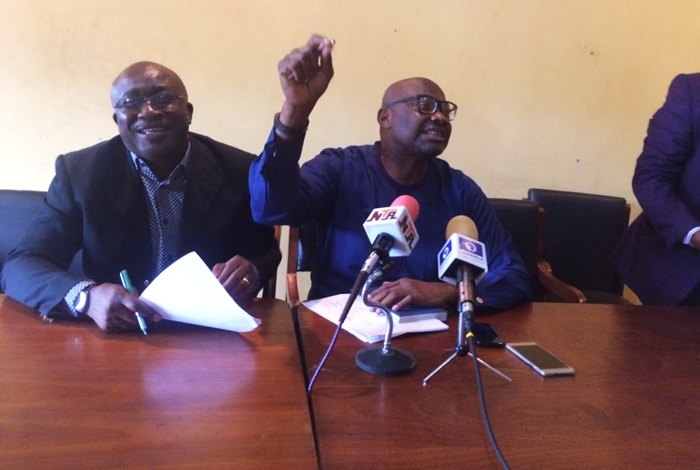 The Delta State Commissioner for Economic Planning, Mr Kingsley Emu has announced that the State has been adjudged as the second best performing State in Nigeria after Lagos.

Mr. Emu who disclosed this during a press briefing on Tuesday November 8, 2017 at the Ministry of Information, stated that, the ratings which was carried by the National Competitive Council of Nigeria (NCCN) and the Tony Elumelu Foundation were based on human capital developments, institutions, economy and infrastructure.

The Commissioner said that all the parameters and pillars for rating are recognized to be poor in the nation but that these ratings are based on the constant efforts of State governments improve the living standards of its citizens, adding that Delta state came first in human capital development having Lagos and Rivers States as major competitors who came second and third respectively.

He further stated that, Governor Ifeanyi Okowa from his inaugural speech made his intentions known on how to tackle youth restiveness via job creation in sectors like Agriculture, technical education, vocational skills centers, trade centers amongst others, which are now evident in the state as over 46000 jobs had been created where agriculture accounts for over 70% of jobs created, adding that, President Muhammadu Buhari in his 2017 October First speech stated that Delta State has significantly contributed in Oil Palm nursery to the nation.

Emu also disclosed that the state through micro credit empowerment has disbursed loans of N835m to 593 cooperatives with 6252 beneficiaries adding that the education and health sector have not been left out.

According to the ratings, the Economic Commissioner informed that the State came fifth in infrastructure even in the face of the global torrential rainfall during the rainy season and has shown commitment in its capacity to alleviate the aftermath of the rainy season adding that electricity has extended from 11KVA to 33KVA which led to decline in the cost of running street lights adding that modalities are already on ground to tackle the challenges with the Asaba Airport, Water and other.