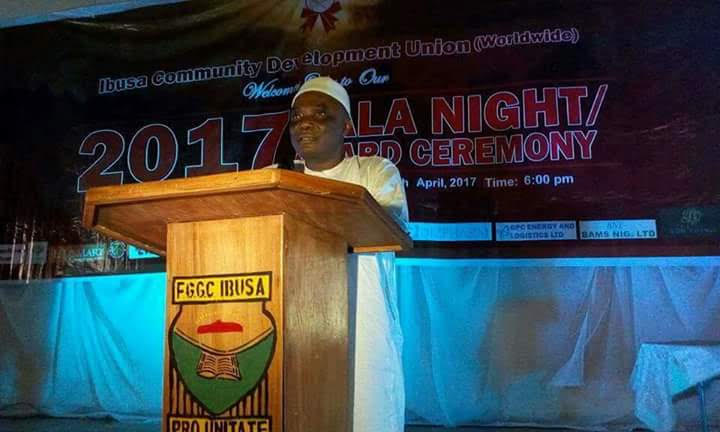 Delta State Commissioner for Information, Mr. Patrick Ukah, has felicitated with the Senator representing Delta North Senatorial District in the upper chambers of the National Assembly, Senator Barr. Peter Nwaoboshi, on the conferment of Award of Excellence on him by Ibusa community in Oshimili North Local Government Council of the State.

The award was confered on Senator Nwaoboshi by Ibusa Community Development Union (worldwide) for his impacts on humanity and developments that he has attracted to Ibusa community and Delta North Senatorial District at large.

Mr. Ukah stated that the timing of the presentation of the award, which fell on the eve of the resurrection of Jesus Christ who died for the redemption of mankind, is an indication that Senator Nwaoboshi has the interest of all his constituents at heart and will put smiles on their faces.

The Commissioner for Information noted that in a period when some political leaders were being stoned and booed and others having serious problems with their people in some parts of the country, Senator Nwaoboshi was honoured by the people of his own community which is a confirmation that they are solidly behind him.

Describing the Senator as a political leader of no mean repute and a fantastic grassroots mobilizer, Mr. Ukah noted that his emergence as the Chairman of the Senate Committee on Niger Delta Development Commission (NDDC) clearly shows the level of acceptability and goodwill that he enjoys amongst his colleagues.

The award was presented by the Governor of Delta State, Senator Dr. Ifeanyi Okowa, who was represented by the Secretary to the State Government (SSG), Hon. Festus Ovie Agas.