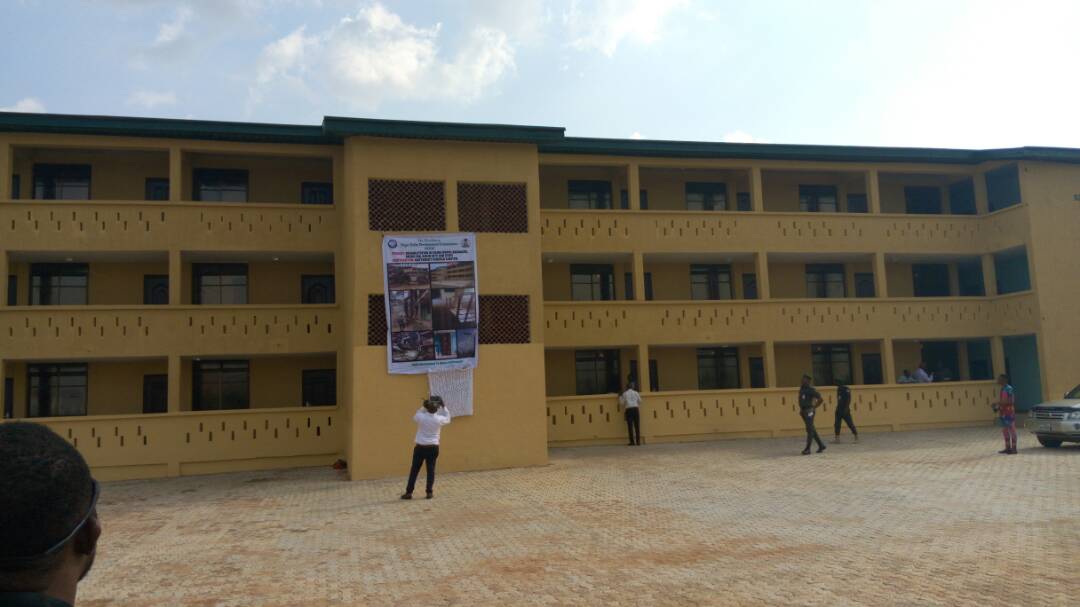 A Block of two Storey Building at Number 5 Police Mobile Force Squardron Barracks, Ogida, in Egor Local Government Area of Edo State rehabilitated by the Niger Delta Development Commission, NDDC has been inaugurated and handed over to the Edo State Command of the Nigeria Police Force.

Hon Uwuilekhue flanked by the Director, Edo State Office of the Commission, Dr Akwagaga Lelegima Enyia, stated “NDDC recognizes and appreciates that public security and social stability are extremely important for any society in the world. Nothing is possible without peace and stability. We understand that the Nigerian Police is logistically handicapped in providing adequate and effective security to the Niger Delta Region. To show solidarity with not just the Nigerian Police Force but all security agencies, the NDDC will continue to intervene and provide various infrastructural and social amenities like this one being commissioned and many more across the nine states of the region”.

Commissioner Representing Edo State in the Board of the NDDC, Hon. Saturday Idehen Uwuilekhue

Continuing, he said, “We have provided Fire Trucks, built living quarters, school buildings and constructed internal road networks in many barracks across the region as well as donated hundreds of patrol vehicles to aid security operatives in the discharge of their duties”.

The Edo State NDDC Commissioner expressed hope that the project would help in mitigating the discomfort experienced by the officers and their families as well as provide the stability that the Mobile Police Officers require to fight against crimes and ensure better and more effective security protection for the residents of Edo State.

Hon. Uwuilekhue assured that the NDDC will not relent in its determination to offer a lasting solutiob to the socio-economic challenges of the Niger Delta Region as it is committed to making a difference.

The Director, Edo State Office of the NDDC, Dr. Akwagaga Lelegima Enyia disclosed that the contract for the residential building awarded for rehabilitation to Easykrest Nigeria Limited in 2015, comprised the demolition and rehabilitation of an existing highly dilapidated block of two storey building into a one block of two storey building of twenty-seven units of one bedroom apartments with toilet and bathroom ensuite, twenty four kitchens and six storerooms.

“It also include the installations of aluminium windows, plumbing and electrical distribution, kitchen cabinets, barriers, guard and balcony rails, Borehole, septic tank, interlocking tiles, furnishing and painting of the building”. adding that the building can accommodate families of twenty-seven police officers.

The Commissioner of Police, Edo State, Mr Johnson Kokumo, on behalf of the police authority commended the NDDC for the project which he said will go a long way in addressing the accommodation challenges faced by officers and men of the Number 5 Police Mobile Force Squadron, Ogida, in Egor local government area.

Earlier in a welcome address, the Squadron Commander, Number 5 Police Mobile Force Squadron, Ogida, Mr Rabiu Yakubu who also thanked the NDDC for the rehabilitation of the two storey building, appealed for more support in addressing infrastructures challenges faced by the squadron.

The ceremony attracted dignitaries across the state.