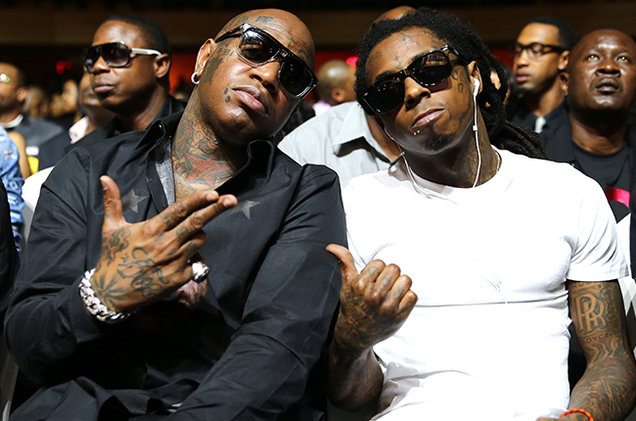 American Rappers Lil Wayne and Birdman’s $51 million legal war is nowhere closer to settling and Wayne made that clear with just a few choice words during his show in Los Angeles.

Weezy was doing “I’m Me” during a festival this weekend, and changed the lyric, “I’m a m*****f****** Cash Money millionaire” … and shouted out Jay Z’s Roc-A-Fella instead.

As we reported, Wayne signed a deal with Jay and Tidal last summer — to be anartist/owner at the streaming service — but restating his allegiance more than a year later says a lot about the state of his Cash Money affairs.

Yeah, Birdman and Wayne have been friendlier this year, but friendships don’t pay for mansions and private jets.

See The Top 5 Most Productive Beauty Pageants in Abuja
Advertisement