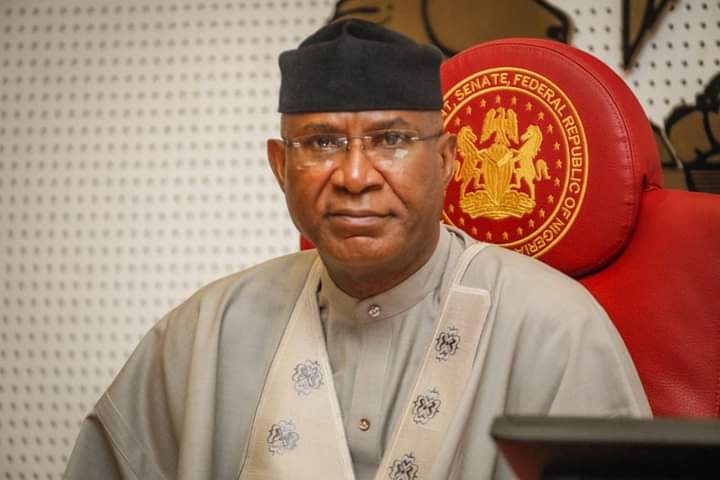 The Delta Central lawmaker, who decried the alarming rate of kidnapping, armed robbery and other associated crimes in the state, noted that the worsening security situation is of great concern to him and that if elected in 2023 as governor his administration would tackle insecurity headlong.

Omo-Agege stated this during the party’s ward-to-ward campaign rally at Ika South LGA of the state, stressing that he will improve security as it will boost investors’ confidence and the business environment across the state.

He posited that with the Security Trust Fund, challenges of financing, equipment and welfare of security agents would be squarely tackled and addressed just as Lagos State Government had done.

He added that urgent steps must be taken to create an enabling environment to restore investors’ confidence in the state to address the ugly trend of some of our youths’ taking crimes due to the lack of employment opportunities.

Senator Omo-Agege, while addressing a cheering crowd, also berated the Governor Okowa-led government over the high cost of tuition fees which he said has gone out of the reach of common and poor Deltans.

The APC governorship candidate added that if elected as governor, he will look for other alternatives to fund education to ensure that the right of Deltans to qualitative and affordable education is not denied.

“As a government, we will make sure that our youths who are graduates are gainfully employed because we will create enabling environment that will allow investors to come to set up businesses in Delta which will employ our young people.

“The current security challenges that we are having with rampaging herdsmen and kidnapping will be addressed frontally by investing money in our security architecture and bringing modern gadgets to help us combat crime.

ALSO READ:  PDP, APC Mismanaged this Country, I Have the Capacity to Turn Things Around - Kwankwaso

“In doing this, we will set up a Security Trust Fund to tackle the challenges of insecurity and make Delta uncomfortable for those in the business of crime.”

Omo-Agege also stated that the Buhari-led Government has demonstrated its love for Ika nation by appointing sons and daughters of Ika into various positions at the federal level.

He noted that the only way Ika nation would appreciate President Buhari’s magnanimity is by voting for APC candidates in the forthcoming elections.

Flanked by APC deputy governorship candidate, Rt. Hon. Friday Osanebi, the Delta Central lawmaker added that his administration will end the current marginalization and political oppression of Ika South if elected as the next governor.

Omo-Agege at the APC rally thanked President Buhari for reappointing Mr. Godwin Emefiele as governor of the Central Bank of Nigeria (CBN) and the Chief of Defense Staff, General Lucky Irabor and others who are from Ika nation and Delta State.

He urged the people of Ika nation to express their appreciation through the ballot by voting for the candidates of the APC.

Meanwhile, the APC National Publicity Secretary, Dr Felix Morka, has charged Ika people to vote for the presidential candidate of the party, Asiwaju Bola Tinubu, Senator Omo-Agege and other candidates of the party in next year’s elections.

Morka told APC supporters that Omo-Agege as governor will end the political oppression of Ika South by Senator Omo-Agege, who is the vice-presidential candidate of the PDP.

Similarly, the APC state chairman, Elder Omoni Sobotie, who spoke at the various wards visited, lamented the underdevelopment of Ika South, saying that Omo-Agege will change the narrative.

Sobotie charged the people to vote for Omo-Agege and other APC candidates, adding that they represent the best materials which Deltans have been yearning for.