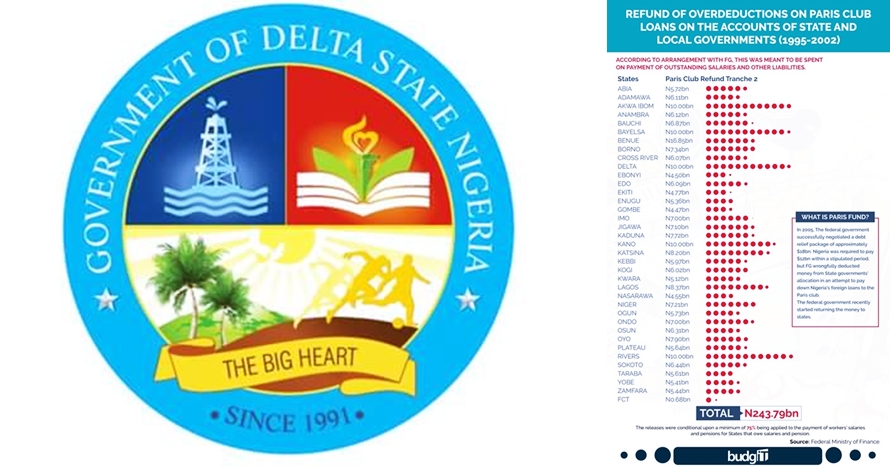 Barely a month ago, the media was awash of the huge Financial windfall that several states in Nigeria have encountered.

After more than a decade of waiting, the monies deducted from successive regimes as debt owed to the Paris Club has been refunded and the current state governments headed by individuals who were political neophytes then were now the beneficiaries of the largesse.

In Delta state, this was more than just a windfall to be squandered upon inanities. It was an answer to the prayers of retired Civil servants who were being owed their gratuities and accumulated pensions, Local government employees who were being owed several months arrears of salary, graduates against whom an embargo on employment in the Delta State civil service has been placed, Deltans across various towns and villages who had been denied Democratic dividends with the excuse of EGO ARIA, a word loosely translated from the Governor’s native Ika language meaning ‘No money’ which has become the sing song of the Okowa administration.

Indeed the list of the Delta state government ineptitude is endless and so glaring as even the state capital, once a thriving urban conurbation has become a ghost town and the Nigerian metaphor for flooding and wanton neglect.

It was thus the legitimate expectation of Deltans that the said Paris Club debt refund to Delta State in the sum of N24.5 billion, the June Federal allocation to Delta State of N7 billion plus N5 billion Local Government Council allocations as well as the June Budget Support Fund of N2 Billion and the state monthly IGR of over N7 billion would go a long way to addressing the critical challenges of Deltans highlighted above.

In a seeming afterthought, Charles Aniagwu the maverick Chief Press Secretary to Governor Okowa stated about a fortnight ago that “If the government spends virtually all that comes to pay salaries of workers, what happens to the larger chunk of the population?.” It may thus be expedient to retort to the CPS his own question, “WHAT HAS HAPPENED TO THE LARGER CHUNK OF DELTANS FROM THE PARIS DEBT REFUND”

The glaring truth which the state government frantically seeks to avoid is that the debt refund alongside the statutory receipts of Delta State for the month of June 2017 totaling over N45 billion has been treated as awoof, the local term for a windfall which was looted, squandered and the rest given to settle political aides and other political hallelujah boys. Deltans have once again been financially raped and swindled and the Paris Club debt refund have been frittered away just as the wind.

All rights reserved ©Asaba Metro.  Permission to use this publication (The Periscope) is granted subject to appropriate credit being given to the Author Favour Chukwunoyenim and  www.asabametro.com as the source.

EFCC and the Parable of the Dirty Soap
Diana, Princess of Wales and Wuraola, Queen of Ife: A Lesson from history
Advertisement