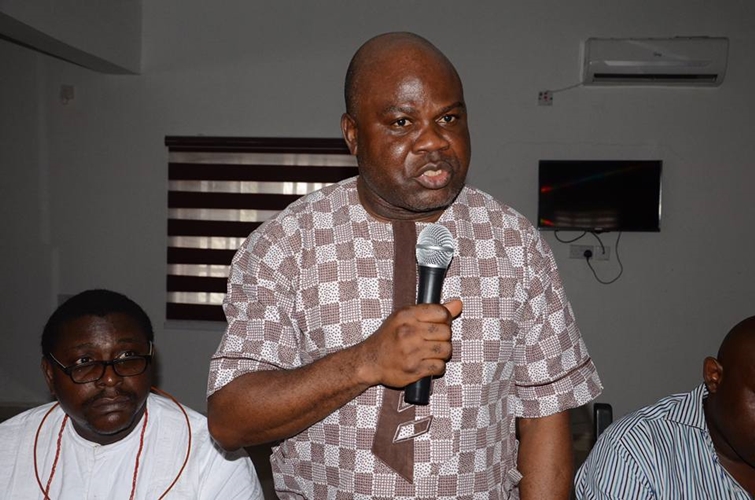 The member representing Ethiope East State Constituency in the Delta State House of Assembly, Asaba, Hon. Chief Evance Ochuko Ivwurie has assured the people of his constituency that one of his constitutional and legitimate responsibility is to protect life and properties, just as he added that Abraka is no longer a grazing zone for the Cattle – Rearers.

Hon. Ivwurie made this call on Sunday, January 29, 2017 during an emergency security meeting at his private residence in Abraka.

Speaking to newsmen at the end of the high powered meeting, the lawmaker said, “I called this emergency security meeting because of the recent incidents of negative social vices in Abraka, Agbon Kingdom and Ethiope East Constituency in general. We have had series of security challenges mainly the notorious Hausa Fulani Herdsmen. I look at it as a way to terrorize the communities because they have continued the killings of our people in Ethiope East Local Government Area, recently two of our people were murdered in cool blood within the last six weeks.”

“My charge and advice for the people of the Kingdom is that you should not tolerate anyone involved in crime and criminality, be extremely careful in anything you do, the dynamism of the world has changed, don’t take anything for granted. The youths should not kill any cattle belonging to Hausa Fulani herdsmen because they value and love their Cattles far more than human beings”, Ivwurie added.

He warned sternly that the Cattle – Rearers (Herdsmen) will always reinforce whenever their cows are killed and in return come back to kill a minimum of 2 persons.

Hon. Ivwurie said that proactive measures were taken against the Hausa – Fulani Herdsmen Cattle-Rearers that Abraka is no longer a grazing zone.

“Another thing we dealt with extensively is the security measures which cannot be disclosed to the public.”

Constituents Speaking at the Security Meeting. Inset: Ivwurie with Heads of Security Agencies in Abraka

He emphasized that everyone must be engaged in information gathering and information sharing. The people of Abraka agreed that Ovre Abraka, Ovre Eku and Ovre Igun which is the desert across the river is another danger waiting to explode due to the criminal activities of the herdsmen and other criminals who have invaded the place because of the disinterest of our government to invest in the place and to protect our people.

Hon. Ivwurie used the opportunity to say that this is the first phase of the security meeting, the Abraka section. The second phase is that of Agbon Kingdom and third phase is the entire Ethiope East Local Government Area. We are going to brainstorm with the stakeholders involved on the way forward and come up with a tangible resolution. Hon. Ivwurie said the main purpose of this meeting was to make sure the people of Abraka curtail in the most proactive manner by dealing with the negative social vices to reduce crime and criminality in Ethiope East Local Government Area of the state.

The Abraka Divisional Police Officer thanked Hon. Chief Evance Ivwurie, vigilante groups and the people for their peaceful disposition, saying the meeting is a confidence building process. According to the DPO, “crime and criminality has reduce by 61%, no kidnapping, car snatching, no more bank robbery. He emphasized that Cultists are not spirit, and therefore beg the people to provide the police with information to work with.

Speaking further, the DPO said police had put in place measures to stop and search; respond to distress calls promptly, raiding of criminal hideouts, the formation of a formidable security squad and the internal settlement of Abraka security issues.

Also invited were the entire Vigilante groups members of Umiaghwa and Oruarivie Abraka Kingdoms, the Divisional Police Officer (DPO) in Charge of Abraka, the Directorate of State Security (DSS) and the Commander of Joint Task Force (JTF) in Charge of Abraka