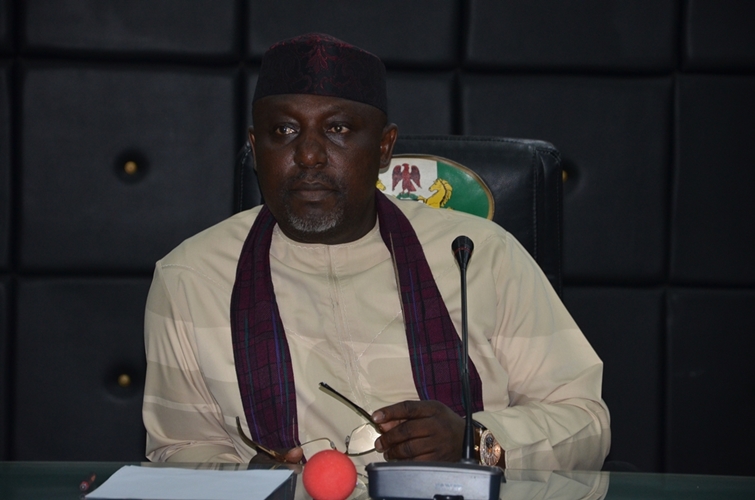 There seems to be a war of words raging between Governor Rochas Okorocha of Imo State and his Anambra state counterpart, Willie Obiano, as Okorocha has accused Obiano of running Anambra state aground .

As gathered from PUNCHNG, Okorocha, equally accused his colleague Governor of rendering the All Progressives Grand Alliance as an ineffective political party in the country since his assumption of office in 2013.

In a statement signed by Okorocha’s Chief Press Secretary, Sam Onwuemeodo, the Governor boasted that there was no basis for comparison between him and Obiano.

Okorocha who was responding to a statement credited to the Anambra state Governor where he described him as a bad example to good leadership, said that his colleague does not have what was required to be a governor.

The Imo Governor who accused his counterpart of always being “aggressive”, added that he would have done better as a “militant” than as a governor.

Part of the statement reads “Leadership is all about ideas and service. Luckily enough, Obiano has been governor for almost four years while Okorocha has also been governor for five years now. Let Obiano publish his achievements in Anambra State even with high IGR, and let Governor Okorocha also publish his achievements in Imo. Then, we take off from there”.

“As governor, Okorocha came up with ideas and popular Policies like free education at all levels which has been working well in Imo, Community Government Councils (CGC), Urban renewal programme, Ikuola Nkwu, Imo Air, massive road networks, building of Universities, infrastructural revolution, and so many others, let Governor Obiano mention at least one programme his government in Anambra State is known for, almost four years as governor”.

“We may at this point, Challenge Journalists from the South-East to embark on project tours of Imo and Anambra States and make their findings known to the public. Obiano no doubt, has taken Anambra State several kilometers backward, while in Imo, Okorocha has raised the bar of leadership or governance. To say the least, Comparing Okorocha with Obiano is like Comparing Messi of Barcelona FC with the left wing player of Mberi Secondary in Mbaitoli LGA of Imo State”.