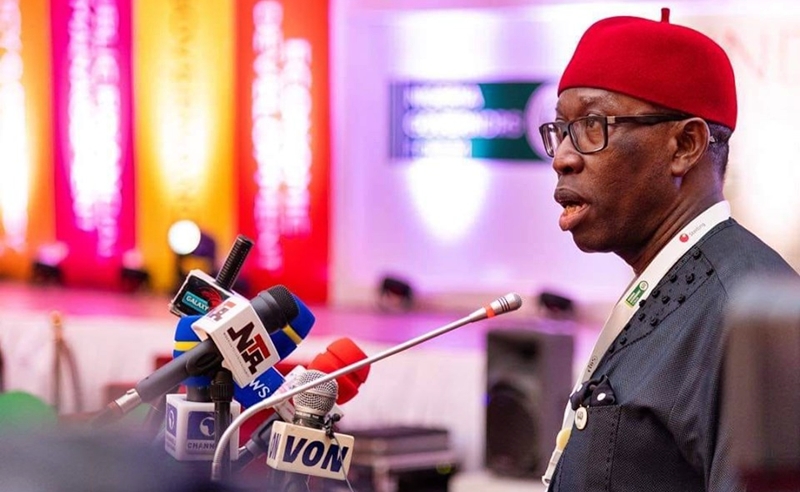 Okowa said in a statement by his Chief Press Secretary, Mr Olisa Ifeajika, on Sunday, August 18, 2019 in Asaba, that the incident was pathetic, shameful and an embarrassment to Nigeria.

He stated that Ekweremadu, the immediate past Deputy President of the Senate, had been a great patriot and defender of his people as well as the down trodden, and did not deserve the kind of ill-treatment meted to him by Indigenous People of Biafra (IPOB) members in Germany.

“I join men of goodwill in condemning the attack on Senator Ike Ekweremadu, who has been a great patriot and leader of exemplary behaviour. “It is pathetic and shameful that an event organised to chart the way forward for the Igbo race and Nigeria in general ended up in such a disgraceful and embarrassing manner to the country.

“As Nigerians, we are trained to respect our elders and leaders as well as people in authority.

“I am particularly happy that some of the culprits have been arrested and I urge the German authorities to take necessary action on the perpetrators of the heinous act.

“I urge all Nigerians, home and abroad, to be of good behaviour wherever they find themselves as such acts of lawlessness do not bring glory to the nation,” he said.