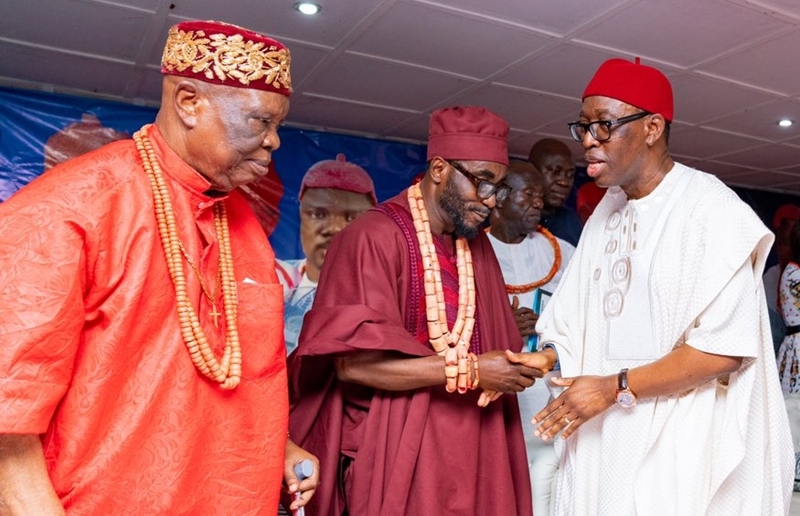 Delta Governor, Senator (Dr) Ifeanyi Okowa, has urged the Federal Government to take strident measures to curb protracting clashes between herdsmen and farmers in the country.

The governor made the call on Saturday, August 17, 2019 at the 21st Ogwa Ika and 17th Ika Ka Mma Annual Lecture Series organised by Onu Ika Nigeria at Abavo, Ika South Local Government Area of the state.

He disclosed that his administration was doing its best to check the havoc being wrecked by Fulani herdsmen on farmers through interface with critical stakeholders, however, regretting that his efforts had been restrained by his limited control of security apparatus.

Okowa decried the frequent loss of lives from herdsmen attack on defenceless farmers and other Nigerians, and insisted that the Federal Government must curb the menace.

The governor also urged the government to tell Nigerians the steps it had taken to stem the ugly trend.

On irregular migration of youths seeking greener pastures in foreign countries and increasing child-trafficking cases, he charged parents and caregivers to live up to their responsibility by openly condemning the act and restrain their children from embarking on such dangerous journeys.

Okowa condemned the situation where parents mounted undue pressure on their children and wards to embark on journeys to Europe through the desert, saying that the lives of many promising Nigerians had been lost in the process.

He commended Onu Ika for organising annual essay competition for secondary schools in Ikaland, and urged the people to encourage government to carry out development projects through the donation of land.

Earlier, the Head, Collective Leadership, Onu Ika Nigeria, Mr Daniel Usifoh, had said in an address that “for three consecutive years, Onu Ika has consistently forewarned of the devastating influx of these deadly Fulani herdsmen in our communities.

”We even saw them as foot soldiers on reconnaissance mission waiting for trigger action or orders to act; we also cautioned that there is an undeclared war in Nigeria.”

He urged the government to take actions to check the menace of the herdsmen and thanked the governor for his administration’s commitment to the development of the state.