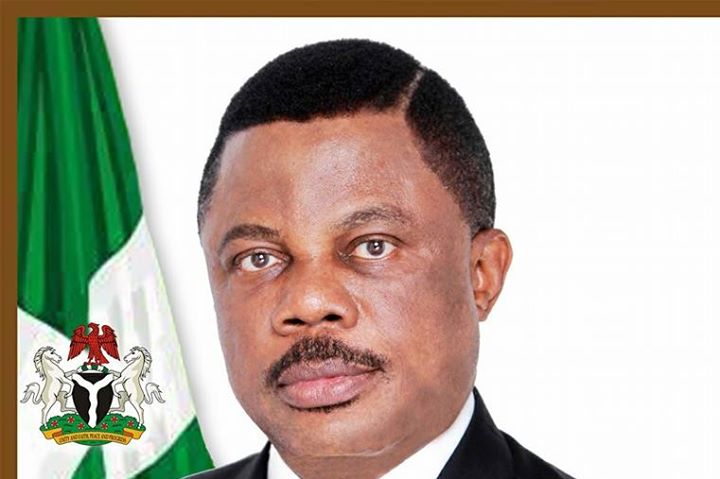 Anambra state Governor, Willie Obiano on Tuesday, said he would establish a radio station that would broadcast its programmes in Igbo language.

According to NAN, He made this known during a  public event organised by an Igbo cultural society known as  “Otu suwakwa Igbo’’ headed by former Vice-Chancellor of Nnamdi Azikiwe University, Prof. Pita Ejioforon.

The governor said “this is my contribution toward preventing the Igbo language from going into extinction.”

Obiano expressed dismay at the failure of  parents to teach their children the Igbo language and culture.

He added that henceforth, pupils in the state would wear Igbo traditional attire to school every Wednesday.

According to him, folklore will be taught to primary school children every Wednesday evening.

The governor said that the Igbo folklore he learnt while growing up had  helped in shaping  his behaviour and  guided his relationship with other people till date.

“Igbo folklore is powerful in building morals and values. I can’t forget my late primary school teacher and the way he used Igbo folklore to teach us great lessons.

“Even as a governor, those stories about the tortoise and other animals still guide my life.”

He assured the Igbo cultural society that the state government would strengthen the law that would make it mandatory for all to communicate in Igbo language and wear traditional attire on Wednesdays.

Former National Chairman of All Progressives Grand Alliance (APGA), Chief Victor Umeh, described language and religion as the true  identities of a people.

He said “we should not allow Igbo language to die as predicted. For me, I have Igbo odour and I smell Igbo; my red cap is my joy as an Igbo man.”

In her remarks, Mrs Stella Onuorah, the Commissioner for Diaspora Affairs, Culture and Tourism, appealed to the Igbo in the Diaspora to strive to teach their children the language and inculcate in them the cultural values.