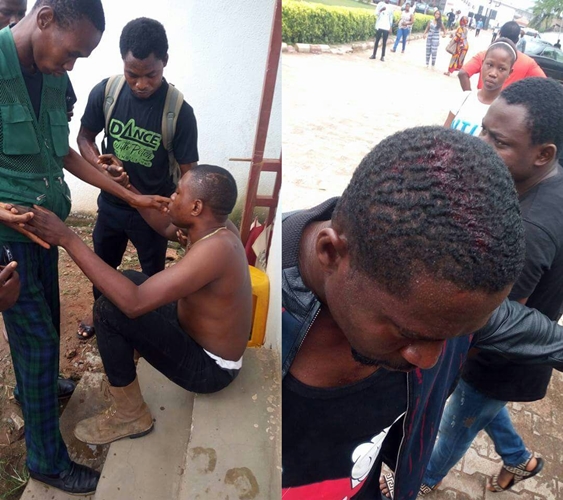 The protest by members of Edo State Civil Society Organization in Benin city over the three hundred million naira building plan for past Governors and their deputies suffered a set-back as the protesters were allegedly attacked by suspected thugs.

The clash at the Kings Square axis in Benin City, the capital of the state, led to the destruction of some property, with some protesters injured.

Spokesperson for the Edo Civil Society Organisation, Mr Agho Omobude, told reporters that the attackers destroyed some of their vehicles.

He said some of their members were injured and hospitalised.

“Over 2,000 boys, many whom we recognise, have been mobilised. As soon as we got there they pounced on us,” he explained.

In a statement, the Edo State government denied the claims by the civil society group, insisting that the government could not condescend to violence.

The government stated that it could not be involved in any activity inimical to the well-being of the people.

“This administration is too decent and focused on delivering democratic dividends to the people and will not condescend so low by resorting to violence,” the statement read.

See video as reported by ITV: