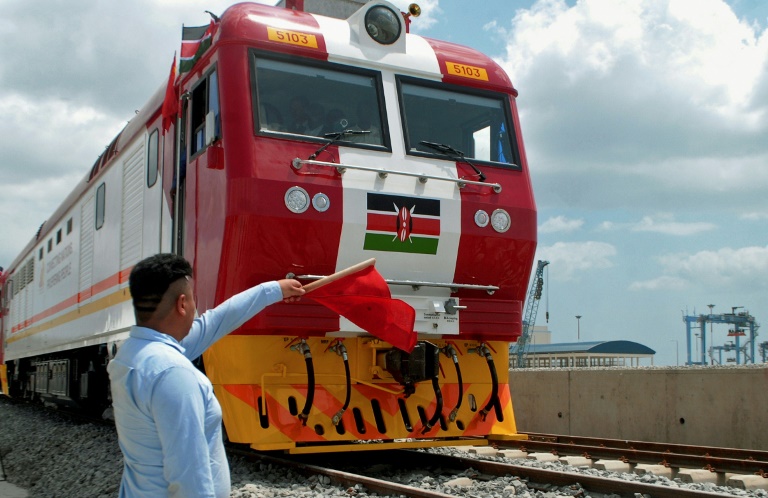 This will be the first railway in more than a century after the colonial railway thus giving birth to a modern Kenya which will be betting on a new Chinese-built route to cement its position as the gateway to East Africa.

The $3.2 billion (2.8 billion euro) railway linking Nairobi with the port city of Mombasa will Wednesday take its first passengers on the 472 kilometre (293 mile) journey, allowing them to skip a hair-raising drive on one of Kenya’s most dangerous highways.

The railway is the country’s biggest infrastructure project since independence, and while it has courted controversy, it is a key selling point for the ruling Jubilee party ahead of August elections.

It is also part of a “master plan” by east African leaders to connect their nations by rail, with the Standard Gauge Railway (SGR) planned to eventually link Uganda, Rwanda, South Sudan, Burundi and Ethiopia.

“There is no country which has ever developed without having a very robust railway system. It was long overdue,” Kenya’s Transport Minister James Macharia told AFP.

He said not upgrading the railway in over 100 years “has dragged us backwards in terms of development.”

The railway has also concerned environmentalists, as it cuts through a key wildlife migration route.

Ben Okita of Save The Elephants said that while underpasses have been built to allow elephants to cross, the creation of an embankment and fencing around the new railway was creating deadly confusion.

Previously one or two elephants were killed annually, but since 2016, 10 elephants have been hit on the old route.

“They are used to crossing the old line and then they get to the new railway line and they find the fence and they get confused, in the process they are hit by a train,” said Okita.

The next leg of the SGR, to connect Nairobi with the Rift Valley town of Naivasha at a cost of $1.5 billion has also caused a furore as it will cut through the capital’s iconic national park.

The government is currently negotiating the financing to link Naivasha to Kisumu near the Ugandan border, which Macharia says is expected to cost another $3.5 billion.