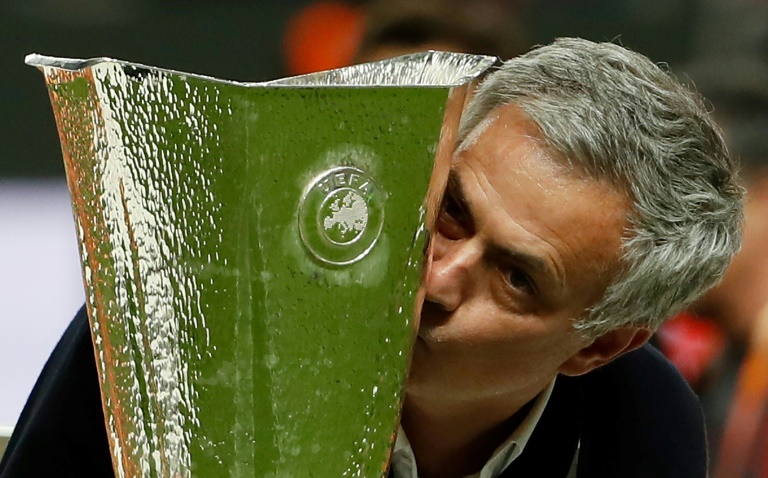 Judgement was reserved until the final game of his maiden campaign, but in guiding his club to Europa League glory Jose Mourinho has restored the winning feeling at Manchester United.

There was little sparkling football at Old Trafford this season and despite a 25-game unbeaten run, Mourinho could do no better than a sixth-place finish in the Premier League.

Yet by leading United to victory in the League Cup and Europa League, and with the latter success yielding a Champions League place, he has brought back some of the swagger that vanished when Alex Ferguson retired in 2013.

“The ‘Special One’ has delivered.

Mourinho, who described his first United campaign as “my most difficult season as a manager”, has appeared tetchy and grouchy in recent weeks, a glum, unsmiling figure constantly at war with the world.

But he seemed reborn when the final whistle sounded at Stockholm’s Friends Arena following United’s 2-0 victory over Ajax in Wednesday’s Europa League final.

A broad smile on his face, he gambolled on the pitch with his son, was thrown into the air by his coaching staff and made some typically provocative gestures.

To the United fans he raised four fingers — one for each of the four major European titles he has now won.

To the press he lifted his index finger, as if to say: “I’m still the number one.”

There was a familiar curl to Mourinho’s lip in the post-match press conference as well as he hailed a “victory of pragmatism” and hit out at the “poets” who vaunt style over substance.

Mourinho was once Public Enemy Number One to United fans, but after the miseries of the David Moyes and Louis van Gaal eras they have taken him to their hearts.

On a poignant night in Stockholm, coloured by vivid thoughts of Monday’s fatal terror attack in Manchester, United’s supporters sang tributes to their grieving city, but also to their manager.

Mourinho, 54, said he was looking forward to taking a break from football, but he will not be able to keep his mind off United matters for long.

“Ed Woodward (United executive vice-chairman) has my list, what I want, what I would like for more than two months,” Mourinho said.

Mourinho generally hits his stride in his second seasons at clubs and he will set his sights no lower in 2017-18 than winning a fourth Premier League title and third Champions League trophy.

“We’re teeing ourselves up for a good pre-season and who knows next year?” he said.

Next season United’s fans will sing the Herman’s Hermits song that they have turned into an ode to Mourinho with even greater conviction.

“Something tells me I’m into something good.”