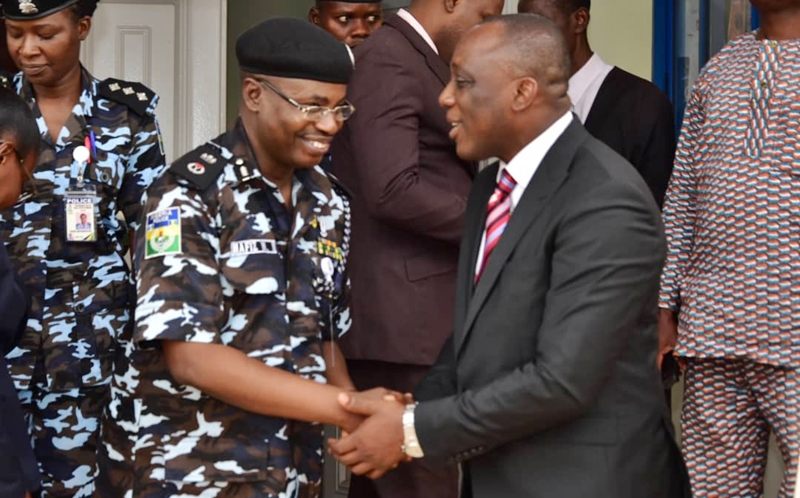 Delta State Attorney-General and Commissioner for Justice, Mr. Peter Mrakpor has stressed the need for the Police to comply with the provision of the Delta State Administration of Criminal Justice Law, particularly in the area of video recording in obtaining confessional statements from alleged criminal suspects.

The Attorney-General made this known when he received the Commissioner of Police, Delta State Command, Hafiz Mohammed Inuwa who paid him a courtesy visit on Friday, February 7, in Asaba.

He explained that electronic video recording of suspects’ alleged confessional statements was vital to prosecution in line with the provision of the Delta State Administration of the Criminal Justice Law, 2017.

Mr. Peter Mrakpor who expressed joy on the visit, intimated the CP of the State Government’s efforts in trying to amend the State Vigilante Law, adding that a draft copy of the law will be sent to the Police for their input.

The Justice Commissioner while expressing his readiness to work closely with the new Commissioner of Police, thanked him for the visit, describing the CP as versatile and a hardworking officer who was very familiar with the State terrain.

Earlier, the new Commissioner of Police who was deployed back to the State on January 2, 2020, told the Attorney-General that the visit was to familiarize himself with his office and seek for the continued partnership and cooperation of the Ministry of Justice for quick dispensation of justice.

He assured the Justice Commissioner of his readiness to bring crime and criminality to the lowest even as he spoke tough on his willingness to confront and flush out criminal activities of kidnappers, cultists, armed robbers and herdsmen attack from the state.