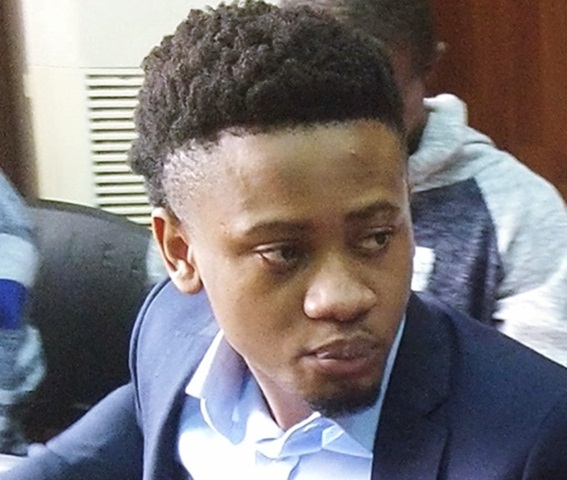 The defendant was arrested during a collaborative operation by the EFCC and the Federal Bureau of Investigation, FBI, for his alleged involvement in illegal internet activities.

The defendant also allegedly used his companies to receive and conceal the proceeds of his criminal activities.

One of the counts reads: “That you, Olalegbin Christopher, Olatunji Olalegbin Mary (at large), Pentview Luxury Real Estate Management Limited, Gelbin Technology Limited and others still at large, between 2015 and 2019 in Lagos, within the jurisdiction of this Honourable Court, conspired to collaborate in the concealing and disguising the genuine nature and ownership of the aggregate sum of N22, 239, 869.79k (Twenty Two Million, Two Hundred and Thirty-nine Thousand, Eight Hundred and Sixty-nine Naira, Seventy-nine Kobo only) being money received and derived from your illegal internet activities.”

The defendant pleaded not guilty to the charge when it was read to him.

In view of his plea, the prosecution counsel, M.K. Bashir, asked the court for a trial date and also prayed the court to remand the defendant in prison custody pending the determination of the case.

However, counsel to the defendant, Abimbola Akeredolu,SAN, informed the court that a bail application had been filed and served on prosecution.

Akeredolu also told the court the prosecution had responded to the affidavit. She, therefore, urged the court to grant her client bail in the most liberal terms.

In his response, the prosecution counsel, Bashir, told the court that a counter-affidavit had been filed and served on the defence, where he opposed the prayer of the defendant.

The prosecution counsel further described the defendant as a flight-risk, adding that “The defendant, while making statement in the EFCC office, tried to move money from his Zenith Bank account through his phone and also wiped all the information on his phone.”

The prosecutor also informed the court that the defendant’s mum, who aided him in perpetrating the crime, could not be found. “My Lord, the defendant too may also abscond like his mum.

“He is 26 years old and has never worked anywhere; yet, he acquired a 2019 model Porsche car worth N120million and a 2015 model Mercedes Benz car worth N75million,” he further submitted.

The prosecution counsel, therefore, urged the court not to grant the defendant bail.

Justice Taiwo, after listening to both parties, said “the offence is a
bailable one.”

The Judge, therefore, granted the defendant bail in the sum of N5 million, with two sureties in like sum.

One of the sureties must be a level 16 officer with the Lagos State government, while the other must be a relation of the defendant resident in Lagos.

Justice Taiwo adjourned the case to October 18 and 23,2019 for commencement of trial and also ordered the defendant to be remanded in Kirikiri prison pending the perfection of his bail conditions.

In a related development, another suspected internet fraudster, Ani John Chukwuebuka, was arraigned by the EFCC on Thursday, September19, 2019 before Justice Taiwo on a two-count charge bordering on making false statement to a public officer and destruction of evidence.

The defendant was arrested during a recent collaborative operation by the EFCC and the FBI.

One of the counts reads: “That you, Ani John Chukwuebuka,on or about the 2nd day of August, 2019 in Lagos, within the jurisdiction of this Honourable Court, with intent to cause Adenike Sanni, a public officer and an operative of the Economic and Financial Crimes Commission (EFCC) from performing her duty as an investigator, gave Adenike Sanni false MTN phone number 08032558370 as your own personal number and thereby caused her to omit to investigate the MTN telephone number which Adenike Sanni ought not to have omitted, if the true facts concerning the phone were known to her.”

The defendant pleaded not guilty to the charge preferred against him by the EFCC.

In view of his plea, the prosecution counsel, C.R. Edozie, asked the court for a trial date and also prayed the court to remand the defendant in prison custody pending the determination of the case.

However, the defendant’s lawyer informed the court that an application for bail had been filed and served on the prosecution, adding that “ the prosecution is yet to respond.”

In his response, the prosecution counsel, Edozie, told the court that prosecution intended to oppose the application and would respond. “My Lord, we are still within the time stipulated by the Law to respond to such an application,” he added.

Consequently, Justice Taiwo adjourned the case to October 2, 2019 for hearing of the bail application and ordered the defendant to be remanded in Ikoyi prison.